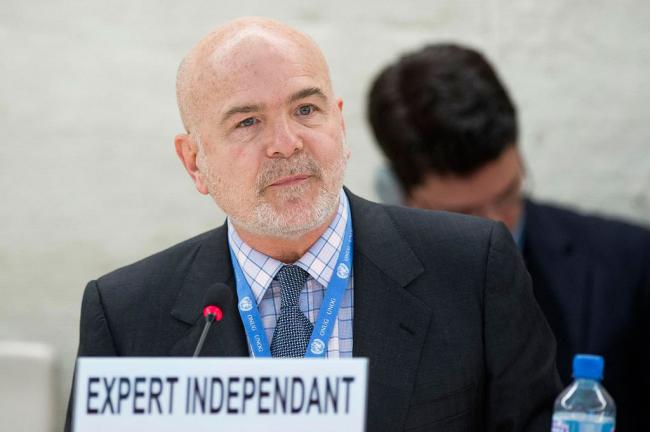 New York, Jan 3 (JEN): United Nations human rights experts deplored Saudi Arabia’s continued use of counter-terrorism and security-related laws against human rights defenders and urged the release of all those detained for peacefully exercising their rights.

“The rights to freedom of expression and peaceful assembly are severely restricted in Saudi Arabia,” the group said in a joint statement issued on Tuesday.

Religious figures, writers, journalists, academics and civic activists are being targeted, along with members of the banned Saudi Civil and Political Rights Association (ACPRA), in a “worrying pattern of widespread and systematic arbitrary arrests and detention,” they continued.

“We are witnessing the persecution of human rights defenders for peacefully exercising their rights to freedom of expression, assembly, association and belief, as well as in retaliation for their work. The Government has ignored repeated calls by UN experts and others to halt these violations, rectify them, and prevent their recurrence.”

More than 60 prominent religious figures, writers, journalists, academics and civic activists are reported to have been detained in a wave of arrests since September, adding to a list of past cases which had already been raised by UN experts with the Government.

“We have written to the Government requesting detailed information about these numerous arrests on terrorism, cyber-crime or any other state security-related charges during that period,” the experts said.

The experts noted that they are also seeking government clarification about how these measures are compatible with Saudi Arabia’s obligations under international human rights law, as well as with the voluntary pledges and commitments it made when seeking to join the UN Human Rights Council.

“Despite being elected as member of the Human Rights Council at the end of 2016, Saudi Arabia has continued its practice of silencing, arbitrarily arresting, detaining and persecuting human rights defenders and critics,” they said.

In addition to previous cases and new arrests since September, the experts pointed to the country’s failure to implement two recent opinions of the UN Working Group on Arbitrary Detention, calling for “the release of all the human rights defenders concerned in these cases.”

“We appeal to the Saudi authorities to ensure their right to reparation and compensation.”

The experts are independent, unpaid staff appointed by the Geneva-based UN Human Rights Council to examine and report back on a specific human rights theme or a country situation.