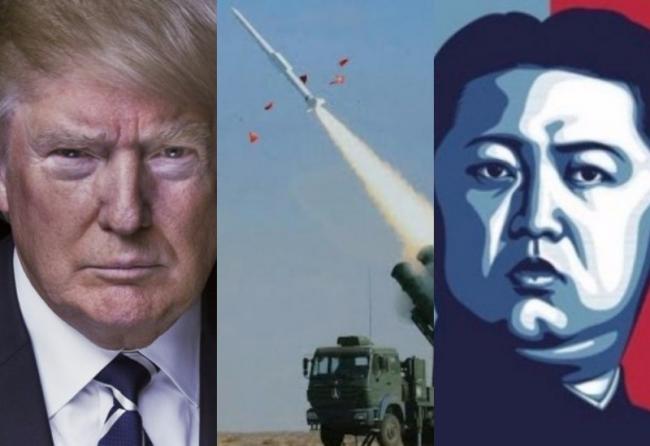 N Korea fires 'highest ever' missile, US on alert

Pyongyang/Washington, Nov 29 (IBNS): After a brief hiatus in what is seemingly a daily routine for North Korea, Kim and his men fired another missile, reportedly their highest ever, according to US Defence Secretary James Mattis.

The missile was launched on Wednesday early morning and landed in Japanese waters.

According to South Korea sources, the missile travelled a distance of 960 kilometres and reached a height of 4,500 kilometres (2,800 miles).

According to Mattis, the missile "went higher, frankly, than any previous shots they have taken".

He added that the country is building "ballistic missiles that threaten everywhere in the world".

Meanwhile, following North Korea's actions, US President Donald Trump has urged the Democrats to allow troop funding and not hold it 'hostage for amnesty & illegal immigration'.

"After North Korea missile launch, it's more important than ever to fund our gov't & military! Dems shouldn't hold troop funding hostage for amnesty & illegal immigration. I ran on stopping illegal immigration and won big. They can't now threaten a shutdown to get their demands," his tweet read.

Trump also said, "We will take care of it."

North Korea has defied all sanctions against it in the past and continued with its missile programme and following Wednesday's actions, it proved that nothing has changed, much to the chagrin of the international community.

The series of tests have also kept other nations, the likes of China, Japan, South Korea, Russia and the US on its toes.

Earlier, in order to drain the money flow and choke North Korea's aforementioned programme, the US pressurised the UN to put a heavy sanction on the rogue nation.

What followed was a battle of words between two heads of state, Donald Trump of America and Kim Jong-un of North Korea.

While Trump taunted Kim with 'Little Rocket Man' tag, the latter shot back, calling the US President a 'Dotard'.