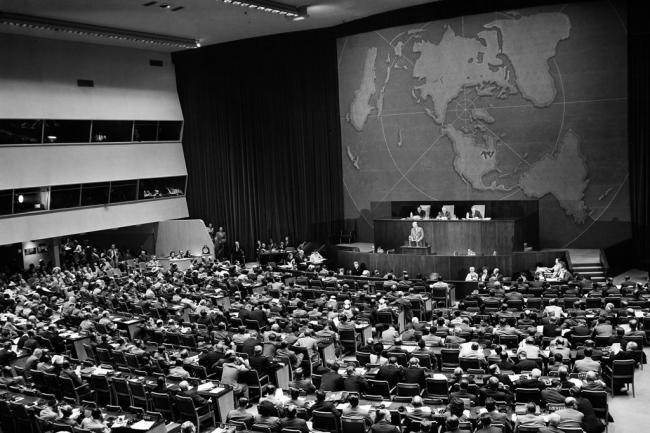 “I will continue to speak out against anti-Semitism, Holocaust denial, hate speech and the use of anti-Semitic appeals by violent extremist groups to recruit new followers,” Guterres said in remarks delivered by his Chef de Cabinet, Maria Luiza Ribeiro Viotti, at the Queens Museum in New York.

The event marked the 70th anniversary of General Assembly Resolution 181, which called for the division of the former British mandate for Palestine into Arab and Jewish states.

“Resolution 181 was subsequently cited in the Declaration of Independence of the State of Israel, marking the beginning of a relationship between Israel and the United Nations that has endured and deepened, even during challenging times,” Guterres said.

He noted that since becoming a UN Member State in 1949, the cooperation between the UN and Israel has grown in peacekeeping, sustainable development and disaster relief, among others.

Having visited Israel three months ago, Guterres said he saw “remarkable examples of innovation and solutions” that can help all countries fight climate change and achieve the Sustainable Development Goals.