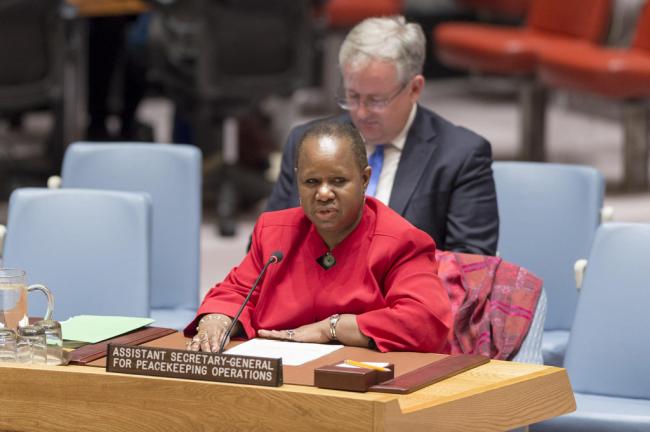 
New York, Nov 29(Just Earth News): The arrival of the dry season in South Sudan could lead to more fighting that would undermine the political process and cause additional civilian casualties and displacement, a senior United Nations official cautioned the Security Council on Tuesday.

“The humanitarian situation in South Sudan continues to be dire, compounded by widespread armed conflict, inter-communal violence, large displacements of the civilian population and access restrictions which prevents the delivery of humanitarian assistance,” Keita said.

Some four million South Sudanese have been forced to flee their homes in the conflict that erupted nearly four years ago following a political dispute between President Salva Kiir and his Vice-President, Riek Machar. Despite an August 2015 peace agreement, violence has continued.

According to UN figures, nearly half of the country’s 12 million people are hungry, including about 1.7 million on the brink of famine.

The situation is likely to get worse with onset of the dry season, Keita said, and “the Government’s push to assert military dominance across the country, notably when faced with continued resistance by armed opposition groups.”

She stressed that the conflict in South Sudan can only have a political solution and urged the international community to provide “unified and unconditional” support for the peace process.

Keita encouraged the 15-member council to “unanimously express its support to the urgent revitalization of the peace process so that the suffering of all South Sudanese civilians can come to an end.”

Those efforts are being led by the Intergovernmental Authority on Development (IGAD), with support from neighbouring countries, such as Uganda, to revitalize the implementation of the peace agreement and to bring stakeholders together.

An IGAD task force is now meeting informally in Abidjan, Cote d’Ivoire – where the fifth African Union and European Union summit will begin tomorrow – and will formally discuss the situation in South Sudan in mid-December.