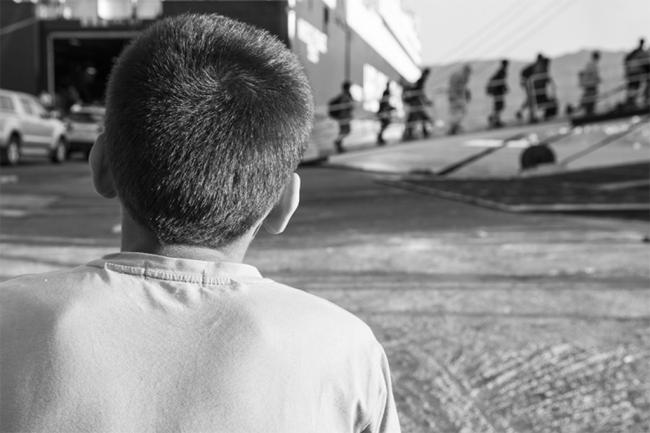 Statistics on human trafficking prevention efforts and identifying and protecting survivors –based on data released by The Counter-Trafficking Data Collaborative (CTDC), the world’s first human trafficking data portal to include such data contributed by multiple agencies – revealed that family involvement is up to four times higher than in cases of adult trafficking.

“Our Organization is taking a leading role in increasing the access to this critical information in order to strengthen counter-trafficking interventions,” said William Lacy Swing, Director General of the International Organization for Migration (IOM).

According to the new data, children are most commonly trafficked into forced sexual exploitation, begging and domestic work. It also revealed that children are most likely to be coerced into trafficking through physical, sexual and psychological abuse, suggesting the need for more prevention efforts specifically targeting children and their families.

Additionally, boys are more likely to be recruited by a family member than girls.

Meanwhile, adults are more likely to be controlled by having their documents confiscated or their irregular status in a foreign country exploited.

The statistics related to child trafficking cases with family involvement are based on nearly 12,000 trafficking survivors for which the recruitment process information is known.

In response to these statistics, IOM is calling for governments and other development and humanitarian partners to step-up counter-trafficking interventions aimed at children by helping household heads to make long-term plans for themselves and their family; helping children identify potentially dangerous or exploitative situations and know how to get support; and ensuring that protection and systems are accessible to all children, regardless of their migration status.

Child protection systems should act in the best interests of the child in all circumstances, including by providing solutions to bring sustainable resolutions.

IOM has underscored that more research is needed to better understand the specific risk and protective factors that make children vulnerable to human trafficking, saying that children’s voices should be heard in the design, implementation and evaluation of services, policies and interventions, that the legitimacy of their aspirations should be recognized.