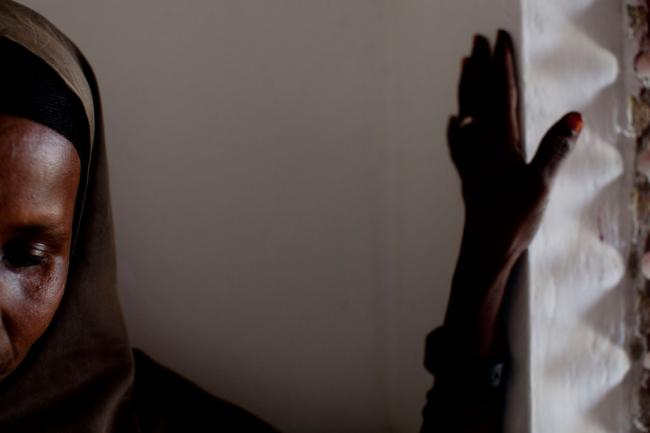 No man will reach full potential unless women reach theirs, UN says on Day of Eliminating Violence

New York, Nov 25(Just Earth News): Unless the international community tackles violence against women, the world will not eradicate poverty or reach any of the other Sustainable Development Goals, Secretary-General António Guterres said in his message today for the International Day for the Elimination of Violence against Women.

“It is time to further our collective action to end violence against women and girls for good,” the Secretary-General said marking the Day, which on 25 November, highlights that around the world, more than 1 in 3 women in their lives have experienced physical violence, sexual violence, or both.

The Day also spotlights the work of women's rights activists, who are being targeted at “alarming levels”, and violence against women politicians, which hamper women's rights.

“It is time for united action from all of us, so that women and girls around the world can live free from harassment, harmful practices, and all other forms of violence,” Guterres said.

The UN Trust Fund to End Violence against women, one of the ways that the UN is helping the international community fight this scourge, is a grant system that has given away more than $129 million to groups and individuals supporting women's rights.

The UN is also involved in the recently launched 'Spotlight Initiative' with the European Union to connect UN efforts with the work of national governments and civil society; and the UN Safe Cities and Safe Public Spaces Global Initiative.

Among other efforts, the UN launched a zero-tolerance policy towards sexual harassment and has said that it is committed to continuing the 'UNiTE to End Violence against Women' Campaign, under the new title 'UNiTE by 2030'.

The UNiTE Campaign will mark this year's 16 Days of Activism against Gender-Based Violence, from 25 November through 10 December, under the theme Leave No One Behind: Ending Violence against Women and Girls”.

In Afghanistan, the top UN official in the country stressed that “life free from all forms of violence is the right of every Afghan woman and girl.”

Calling for violence against women in Afghanistan to immediately stop, Tadamichi Yamamoto, the UN Secretary-General's Special Representative for Afghanistan and head of the UN Assistance Mission in Afghanistan (UNAMA), said that no Afghan man will achieve his full potential unless women and girls in Afghanistan reach theirs.

“For Afghan women to achieve their full potential and their immense capacity in development, in peace and in security, the violations of the rights of women and girls, particularly through violence, must cease,” he said.

“Violence against women and girls is not inevitable,” said Rebecca Tavares, Country Representative ad interim for the UN Entity for Gender Equality and the Empowerment of Women (UN Women). “There are many ways to prevent violence in the first place, and to stop its recurrence.”

The UN family in Afghanistan stressed that alongside the effective legal and institutional mechanisms for access to justice, stopping violence against women requires an effort from all of us, from every individual, to speak out against violence in homes, workplaces and social settings.