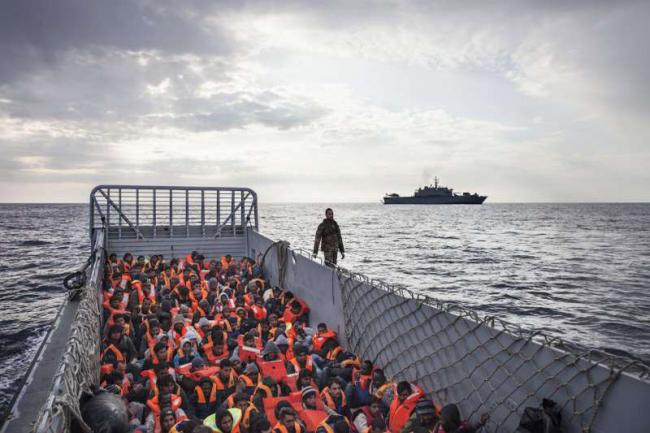 “The Mediterranean is a global junction of mutually enriching cultures, societies and economies. Yet violence and hatred are threatening that dynamism, to the detriment of the entire world,” Guterres told a meeting of the UN Security Council chaired by Angelino Alfano, the Minister for Foreign Affairs and International Cooperation of Italy, which holds the 15-member body's presidency this month.

Challenges facing the region include illicit trade in narcotics, weapons and petroleum products, large movements of refugees and migrants, regrettably managed by human smugglers and traffickers, and maritime piracy.

“The Mediterranean Sea provides immense economic resources – such as hydrocarbons and fish stocks – and invaluable trade routes. However, its benefits depend on stability and cooperation,” the UN chief stressed.

Guterres went on to highlight difficulties in various parts of the region.

Libya's stability is vital for the region, but after years of prolonged transition, the country's institutions are deeply divided.

Instability in the Sahel region has contributed to an increase in irregular migration towards Europe.

Egypt continues to face several security challenges, including from irregular migration and from the cross-border transit of weapons and fighters along its desert borders with Libya and Sudan and in the Sinai Peninsula bordering the Gaza Strip.

The Islamic State of Iraq and the Levant (ISIL/Da'esh) will continue to thrive unless the deep political roots of the Syrian conflict are resolved through a credible and comprehensive political process.

“There is a clear need to create more regular and safe ways to protect those fleeing persecution, and address the drivers of displacement. We must also address the worrisome increase in xenophobia and discrimination against refugees, migrants and minorities,” the Secretary-General said, stressing the need to re-establish the integrity of the refugee protection regime on both sides of the Mediterranean.

All too often, responses to security challenges in the Mediterranean are undertaken largely or solely through traditional security arrangements or ad hoc solutions, he noted.

“Such approaches carry the risk of prolonging unacceptable status quos or worsening situations if not backed by efforts to address the underlying root causes,” he said, noting that efforts to achieve the 2030 Agenda for Sustainable Development have there an important role to play.

The Mediterranean is a global junction of mutually enriching cultures, societies and economies. Yet violence and hatred are threatening that dynamism, to the detriment of the entire world, the UN chief explained.

“We should do our utmost to resolve the worst of the region so that it can continue to contribute its best, he said, adding: “I count on countries in the Mediterranean and beyond to reaffirm their proud tradition of openness and solidarity.”