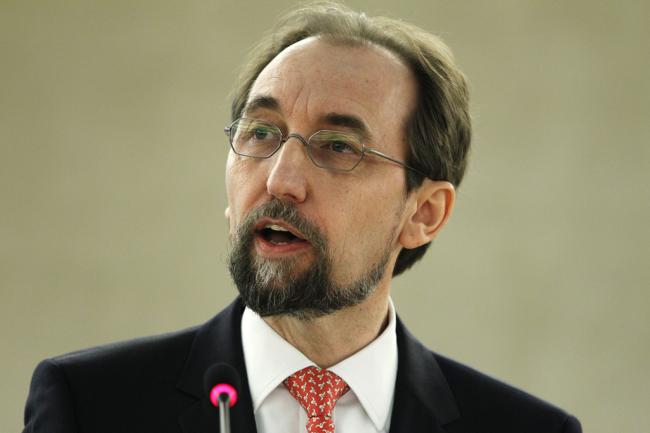 
New York, Nov 15(Just Earth News): The United Nations human rights chief on Wednesday called on the authorities in the Democratic Republic of the Congo (DRC) to lawfully handle demonstrations organized by those protesting the updated electoral calendar for general elections.


“The inflammatory comments by police authorities ahead of on Wednesday's protests are deeply alarming,” UN High Commissioner for Human Rights Zeid Ra'ad Al Hussein said in a news release.

“I call on the Government and security forces to work to defuse tensions instead of creating the conditions for suppression, confrontation and violence,” he added.

Upon publication of the electoral calendar on 5 November, which states that general elections will take place in December 2018 – two years later than originally scheduled – civil society organisations called for nationwide protests to be held on Wednesday.

In response, a number of alarming comments were reportedly made by provincial police inspectors in Goma and Kinshasa. Yesterday, the Police Nationale Congolaise (PNC) provincial inspector in Kinshasa warned that any gathering of more than five people would be dispersed “mercilessly,” upon the Governor's orders.

Even before the announcement of the electoral calendar, between 22 and 23 October, at least 65 opposition political activists were arrested in Lubumbashi, in the country's southeast. All those arrested were later released, some on bail, but these arrests were part of a worrying pattern of actions to prevent political opponents from gathering.

Zeid called for top political leaders to ensure respect for the rights to freedom of peaceful assembly and association and the freedom of expression. He also urged all sides to exercise restraint and to renounce the use of violence.

The UN's Basic Principles on the Use of Force and Firearms by Law Enforcement Officials contains very strict guidelines on the use of force, including that “intentional lethal use of firearms may only be made when strictly unavoidable in order to protect life.”

In September last year, 54 people died after defence and security forces used excessive force against demonstrators who were calling for constitutional deadlines to be respected and for President Joseph Kabila to step down at the end of his second mandate.