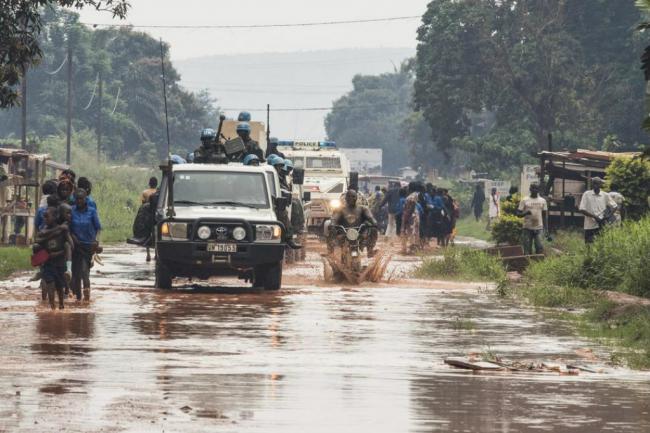 New York, Nov 7(Just Earth News): The Security Council is deciding whether to increase the number of United Nations peacekeepers in the Central African Republic (CAR), one of the recommendations put forward by Secretary-General António Guterres for strengthening the operation, which was discussed at on Monday’s meeting in New York.

Briefing the Council, the Special Representative of the Secretary-General for CAR, Parfait Onanga-Anyanga, said the proposal to increase the strength of the UN Multidimensional Integrated Stabilization Mission (MINUSCA) by 900 troops is part of “a comprehensive strategy to address the deteriorating situation,” while working closely with the Government and creating space for the political process.

“We will seek to improve the protection of civilians with a stronger emphasis on early warning and prevention, and we will put greater efforts to ensure humanitarian access to populations in need,” said Onanga-Anyanga.

The senior UN official, who also heads MINUSCA, told the Council that intra-communal fighting has forced nearly 600,000 people from their homes within CAR and another half-million outside of its border.

“Many more have disappeared, in oblivion and silence, without burial. Their fate and the volatility of the security situation further darkened an already disastrous humanitarian environment,” he added, calling CAR “the most dangerous country for humanitarian action.”

The recommendation to increase the troop strength is listed in the latest Secretary-General’s report, and would include 300 troops to reinforce the military in the east and the centre of the country, and an additional 600 troops as part of the Force Commander’s reserve in those regions.

The goal, according to the report, is that the additional strength would help to create conditions to allow the political process to unfold by reducing the gains from armed groups, while also creating favourable conditions for the deployment of State administration and goods, such as humanitarian needs.

Speaking after closed door consultations on the proposals, Sebastiano Cardi, the Permanent Representative of Italy to the UN and president of the Council for November, said the Council seems to have a “fairly good consensus” on what the Secretary-General is proposing.

He told the media that the Council is not only discussing troop numbers, but also wants “to make sure that these troops are able to perform successfully. We have to make sure the troops will have the capacity to conduct operations.”

A decision is expected before 15 November, when MINUSCA’s mandate expires.