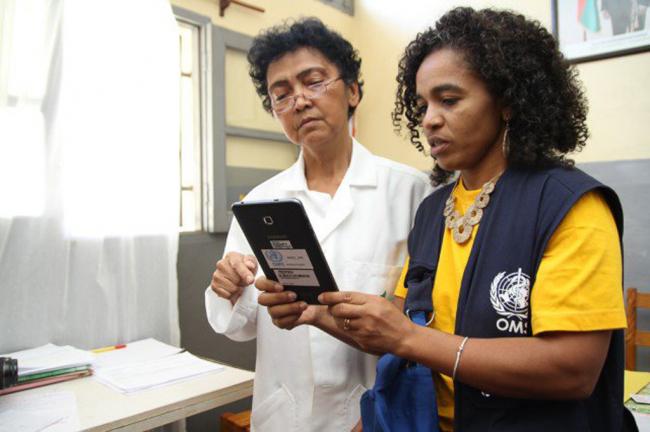 New York, Nov 4(Just Earth News): While progress has been made in response to the plague outbreak in Madagascar, and the number of suspected new cases continues to decline, the World Health Organization (WHO) said Friday that sustaining operations through the remainder of the plague season will be critical as there is still a risk of potential further spread of the disease.

WHO spokesperson Tarik Jasarevic said that as of 30 October, a total of 1,801 confirmed, probable and suspected cases of plague, including 127 deaths, had been reported. He told reporters at the regular press briefing in Geneva that a large majority of the reported cases concerned people who had already recovered.

“As of 30 October, there are only 106 people receiving care in medical facilities,” he noted.

Since the second week of October, the number of new cases and the number of patients hospitalized owing to suspicion of plague has declined. While this trend is encouraging, he said that WHO expects more cases of plague to be reported from Madagascar until the typical plague season ends in April 2018.

“Sustaining ongoing operations, including active case finding and treatment, comprehensive contact identification, follow-up and antibiotic treatment for cases and identified contacts, as well as rodent and flea control, is crucial throughout the plague season in order to minimize bubonic plague infections and human-to-human transmission of pneumonic plague,” Jasarevic explained.

WHO estimates that the risk of potential further spread of the plague outbreak remains high at national level, moderate at regional level, and low at the global level.

“[WHO] is working with countries that have strong travel and trade links with Madagascar on preparedness. Advice to international travelers has not changed: upon arriving in Madagascar, they should be informed about the current plague outbreak and the necessary protection measures,” he said.

Travellers should protect themselves against flea bites, avoid contact with dead animals, infected tissues or materials, and avoid close contact with patients with pneumonic plague. In case of sudden symptoms of fever, chills, painful and inflamed lymph nodes, travellers should immediately contact medical services and should avoid self-medication.

Responding to questions, Jasarevic said that WHO was working with the neighbouring Comoros, Mauritius, Mozambique, Reunion and Mayotte, Seychelles, South Africa, and Tanzania on increased plague preparedness and surveillance.

The agency has also helped Ethiopia and Kenya to raise preparedness levels because of their direct airline connections with Madagascar. Such efforts include, among others: increasing awareness about the plague, providing equipment and supplies, including rapid diagnostic tests, personal protective equipment and antibiotics; contingency planning; and technical assistance through guidance and training as required.