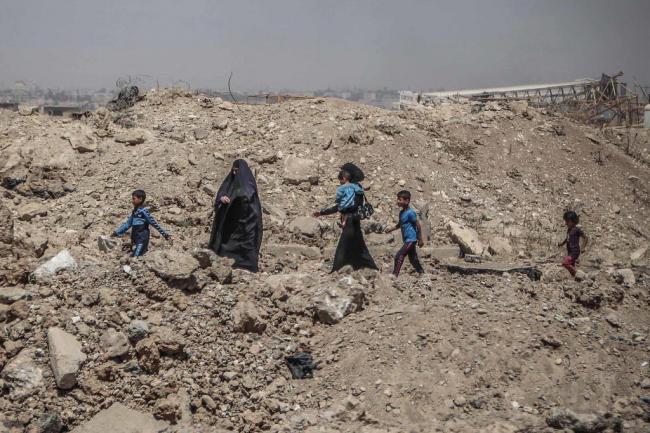 “The number of people who fled exceeded even our worst-case projections,” Lise Grande, Humanitarian Coordinator for Iraq said on Thursday. “We feared that as many as 700,000 civilians might flee. The actual number was far, far higher.”

Iraqi Security Forces evacuated one million civilians in one of the largest managed evacuations in recent history, she explained.

During the nine-month battle, 673,000 Muslawis are still displaced from their homes; 274,000 are living in 18 camps and emergency sites surrounding the city; and 400,000 are staying with family, friends or in rented accommodation, according to the UN Office for the Coordination of Humanitarian Affairs (OCHA).

“Ensuring that people can return voluntarily and safely to their homes is a collective responsibility,” said Grande.

“Ninety-seven percent of the population has returned to their homes in eastern Mosul. People are rebuilding their lives there. Children are in school, services are being re-established and businesses are open,” she said.

“Conditions in western Mosul are very difficult. Large parts of the city are destroyed and have not yet been green-lighted for returns. Families are worried about booby-traps, security and services,” added the humanitarian coordinator.

The Mosul humanitarian operation is one of the largest in the region.

Government ministries and departments have worked for months to provide direct assistance to families fleeing the city. Humanitarian partners have reached two million civilians, including thousands of families who stayed in their homes.

More than 3.3 million emergency boxes with food, water and hygiene items have been distributed by partners and a quarter of a million highly traumatized women, girls, boys and men have received psycho-social support.

Additionally, two million people have benefitted from water and sanitation services; over 1.5 million have received health care; and 20,000 people with trauma injuries have been stabilized at or near the frontline before being transferred to nearby hospitals for emergency treatment.

Meanwhile, the 2017 Humanitarian Response Plan is only 57 per cent funded.

“We want the emergency to be over, but as long as highly vulnerable people need our help, we will be here,” concluded Grande.