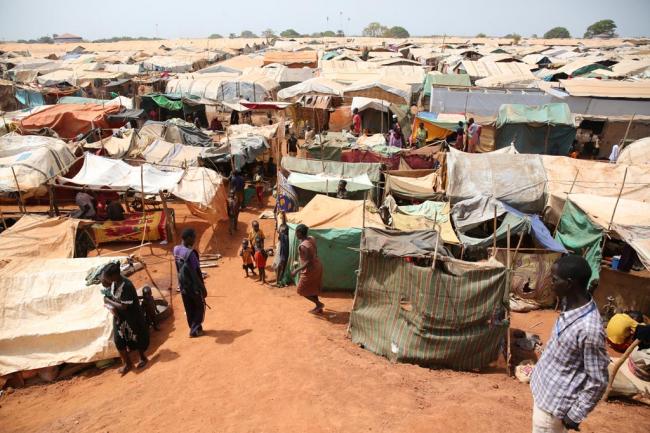 “Again, civilians continue to pay a very heavy price for clashes between the armed groups,” said the Humanitarian Coordinator in the CAR, Najat Rochdi.

The vast majority of the 15,000 Bocaranga inhabitants and the 8,000 from Niemtook took refuge in the bush, rendering them inaccessible to humanitarian assistance. As these incidents occurred, acts of violence against relief workers also prompted several organizations to temporarily suspend their activities in the area.

“While fleeing, the population is not only cut off from much needed assistance but is also more vulnerable to the adversity and abuse by armed groups and the destruction of their properties,” added Rochdi.

The Humanitarian Coordinator warned against a new outbreak of violence in the west, but also in the east of the country, threatening new humanitarian needs.

Rochdi recalled that the operational capacities of the humanitarian community are already under intense pressure in a context marked by the lagging funding.

“The simultaneous emergence of new outbreaks of tension in several regions will undoubtedly exacerbate the already fragile situation of thousands of displaced people and the communities that are barely recovering from repeated crises,” she stressed.

The persistence of violence in the CAR since the beginning of 2017 and the dramatic rise in needs have led the aid community to revise the Humanitarian Response Plan.

The statement noted that to date, only 30 per cent of the required funding has been secured. If not addressed, this would lead to a quantitative and qualitative reduction of the humanitarian response.

In some regions, a number of actors have had to withdraw because of the financial shortfall –halting the only assistance available to those in need.

Rochdi called on the international community “not to abandon the [CAR] where half the population needs assistance for its survival.”