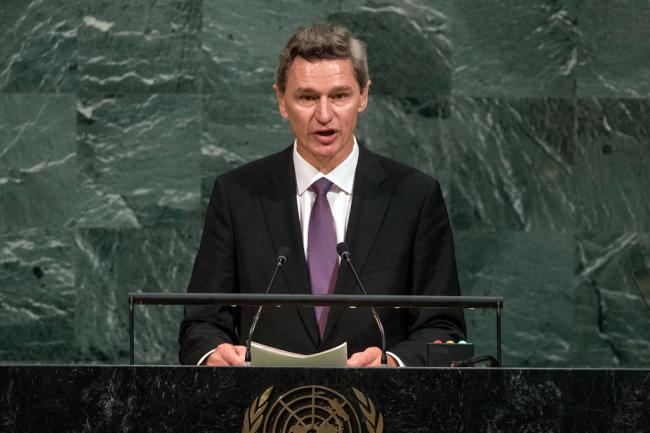 
“Protectionism and isolationism will reverse our common development. We need more trade and cooperation – not less,” said Tore Hattrem, the Chairperson of the Delegation of Norway at the 72nd annual general debate of the United Nations General Assembly.

The world cannot afford to “shake the very foundations” that its open, global economic order is based on, he added.

In his remarks, Hattrem stressed that the United Nations is the “backbone” of the global order, noting, in his words that a strong and healthy back is needed to address and resolve the challenges the world is facing on Monday.

“But we know that we can do it together.”

He also urged continued commitment for the implementation of the Sustainable Development Goals (SDGs), in particular Goal 4, on inclusive and equitable quality education and lifelong learning opportunities for all.

Norway’s head of delegation also noted that the country has actively supported the UN since it was founded, and expressed his support to Secretary-General António Guterres’ vision for the Organization.