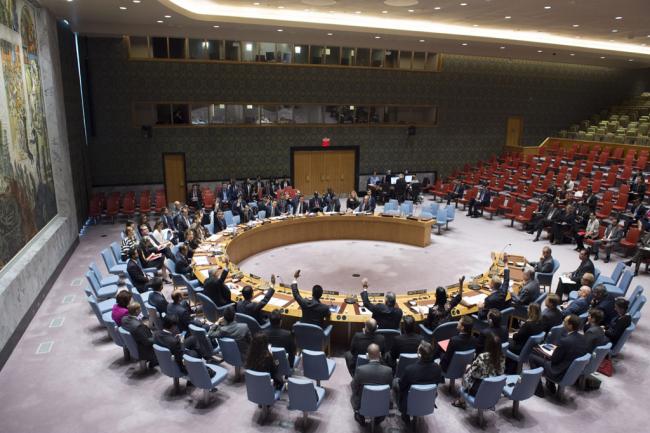 Unanimously adopting a new resolution, the Council extended UNSMIL's mandate through 15 September 2018, during which time it would exercise mediation and 'good offices' to support an inclusive political process within the framework of the Libyan Political Agreement; continued implementation of the Agreement; and consolidation of the governance, security and economic arrangements of the Government of National Accord (GNA), among others.

The Council further decided that UNSMIL, within operational and security constraints, should undertake, among others, support to key Libyan institutions; human rights monitoring and reporting; support for securing uncontrolled arms and related materiel and countering their spread; and coordination of international assistance, and provision of advice and assistance to GNA-led efforts to stabilize post-conflict zones, including those liberated from Da'esh (Islamic State of Iraq and the Levant, or ISIL).

Emphasizing the importance of continued inclusiveness, the Council also strongly encouraged the GNA to engage with all parties in support of reconciliation and to enhance political outreach throughout Libya, and urged all parties and institutions in Libya to engage constructively with the Libyan Political Agreement in good faith and with sustained political will.