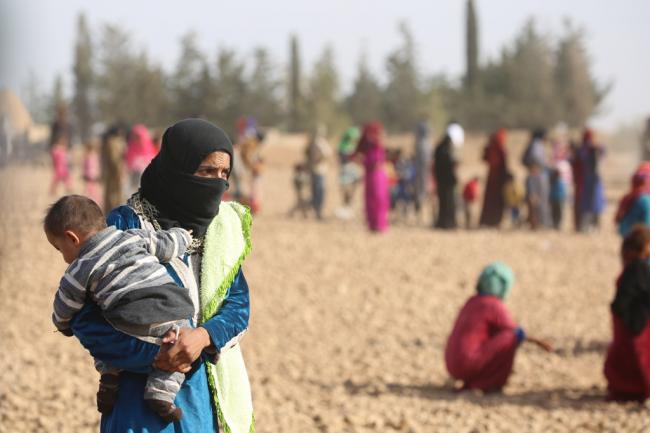 India Blooms News Service | | 30 Aug 2017, 11:27 pm
#Syria, #UN, #civilians, #Raqqa
New York, Aug 30(Just Earth News): The United Nations adviser on the prevention of genocide on Wednesday expressed deep concern at the deteriorating situation of up to 25,000 civilians trapped in Syria's Raqqa, noting that civilians are used as human shields in this de facto capital of the Islamic State of Iraq and the Levant (ISIL/Da'esh) terrorist group under intense bombardment.

“I am deeply disturbed by reports coming out of Raqqa of the horrendous situation faced by civilians caught up in the offensive to retake the city from the so-called ISIL,” said UN Special Adviser on the Prevention of Genocide Adama Dieng in a statement released by the Office of the Spokesperson for the UN Secretary-General.

International counter-ISIL coalition forces and the Syrian Democratic Forces (SDF) are carrying out airstrikes, and ISIL, which still controls Raqqa, is reportedly using civilians as human shields, he added.

ISIL fighters are reportedly killing those who try to escape, and coalition forces are targeting boats on the Euphrates river, which had been one of the remaining escape routes for civilians. Civilians in south of the Euphrates river are reportedly facing indiscriminate attacks by Syrian Government forces and their allies during military operations to retake the area.

“The legitimate aim of retaking Raqqa must not be achieved at such a high cost to civilians,” said the Special Advisor, urging all parties to adhere to their obligations under international human rights and international humanitarian law, including the protection of civilians.

Reiterating calls for a humanitarian pause to spare civilian lives, Dieng warned that as the offensive to retake Raqqa reaches its final stages, the fighting is likely to intensify and increase the risks faced by civilians still trapped in the city.