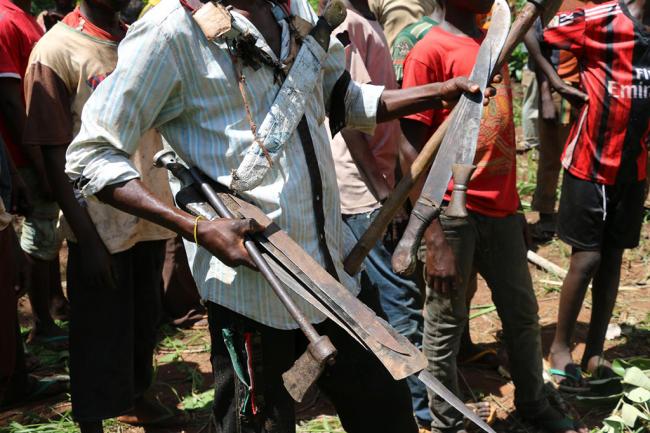 Months of renewed fighting have led to an “increasing number of violent acts” targeting the youngest population, including murders, abductions, rape and recruitment into armed groups, the UN Children’s Fund (UNICEF) said.

Christine Muhigana, UNICEF Representative in CAR warned that “armed groups and parties to the conflict must cease these flagrant violations of children’s rights and make every effort to keep children safe.”

The exact numbers of attacks on children is unknown because fighting prevents humanitarian access to many areas, the UN agency said, but “is almost certain to be much higher than officially reported figures.”

In addition to brutal crimes, the intensified violence is preventing children from going to school or even getting basic vaccines.

In the southern areas of CAR, the fighting is driving people to flee into remote areas of northern Democratic Republic of the Congo (DRC), where they are nearly out of reach of the humanitarian community.

As of the end of June, some 103,000 CAR refugees were registered in the DRC, said William Spindler, spokesperson for the Office of the UN High Commissioner for Refugees (UNHCR).

“Refugees are staying everywhere they can – in churches, in buildings used as schools, in the only health centre, or sleeping in the open. People desperately need more healthcare, food and shelter,” Spindler told journalists in Geneva about the situation in Ndu, which is barely more than a village.

Also on Wednesday , the UN’s top humanitarian official expressed extreme concern about the upsurge in fighting since the start of the year, and warned that it puts at risk the gains made since 2015.

“If we do not act now and keep the faith, we will see increasing need and even greater vulnerability of already weakened people. We risk seeing even greater stress on the capacities of humanitarian actors and funding mechanisms,” said the UN Secretary-General for Humanitarian Affairs and Emergency Relief Coordinator, Stephen O’Brien.

Speaking to reporters in Bangui on the last of his three-day visit, O’Brien urged the international community to sustain its efforts for the sake of CAR’s people and the future of the country.

The continued deterioration has led the humanitarian community to revise its Humanitarian Response Plan, which now requires $497 million, but is only 24 per cent funded, he said.