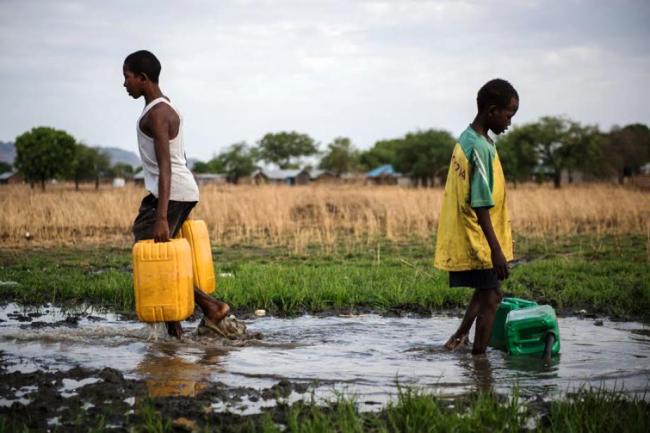 On top of these diseases, rising rates of malnutrition in these countries “could be deadly for children,” Christophe Boulierac, a spokesperson for the UN agency, said at a regular news briefing in Geneva.

“Access, funding and security are needed in the four countries so that UNICEF and our partners can reach children with an integrated response that deal simultaneously with both malnutrition and disease prevention treatment,” he added.

Furthermore, the situation of South Sudan is equally worrying. The current cholera outbreak in the country, which started in June last year, has for the first time lasted through the entire dry season and there are fears that it could worsen as the new rainy season progresses.

About 6,870 suspected cases of cholera have been reported in South Sudan so far this year, informed Boulierac, noting that children and teenagers accounted for about 51 per cent of the cases.

On top of this, about 1.1 million are malnourished in the country and almost 290,000 children suffer from severe acute malnutrition.

Furthermore, in Sudan, over 20,000 suspected cases of acute water diarrhoea, with over 400 deaths, had been recorded.

“Over 20 per cent of the affected population are children,” he noted.

Response in midst of daunting challenges

In their response, UN agencies, including UNICEF as well as humanitarian partners have stepped up their efforts but face considerable challenges.

In Yemen, UNICEF delivered a total of 36 tons of life saving medical and water purification supplies to Yemen on board chartered aircrafts. However, with limited access and a national health system ravaged by conflict, there are significant challenges reaching those in need.

Similarly, access is a major obstacle in Sudan where the most affected areas lack safe water and proper sanitation. In the country, UNICEF is also in urgent need of some $22 million to provide life-saving interventions to over 100,000 children.

As part of its programmes, UNICEF along with partners is providing therapeutic and life-saving food treatment to severely malnourished children South Sudan (200,000), Somalia (200,000) and Yemen (320,000). The UN agency is also restoring and equipping health facilities, developing medical and nutritional supply pipelines and providing clean and safe water to vulnerable children and families.