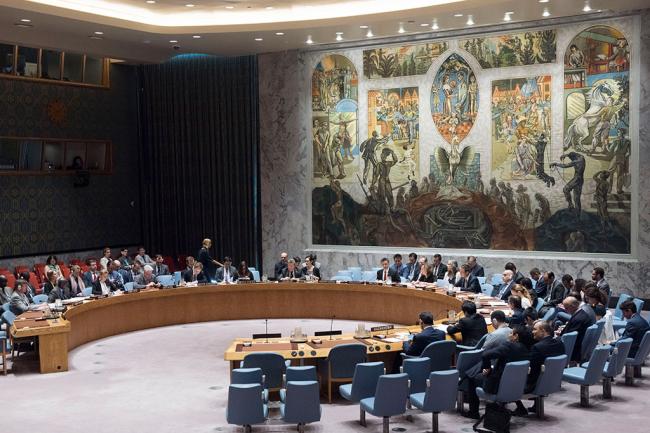 India Blooms News Service | | 01 Jul 2017, 08:45 am
#Security Council, # UN mission, # CÃ´te dâ€™Ivoire
New York, July 1(Just Earth News): Recognizing the efforts of the United Nations Operation in CÃ´te dâ€™Ivoire (UNOCI) in promoting peace, stability and development, the UN Security Council on Friday marked the closing of the mission by underscoring the importance of action by the Government to address the remaining challenges in the country for the benefit of all Ivorians.

In a statement read out by Ambassador Sacha Sergio Llorentty Solíz of Bolivia, which holds the Council presidency for June, the 15-member body also emphasized that the departure of the mission did not mark the end of the UN’s support to the country.

In addition, the Council welcomed progress in the West African nation, including the consolidation of peace and stability, improvements in economic prosperity and the successful holding of presidential and legislative elections in 2015 and 2016, respectively.

At the same time, it noted that “there is important work ahead” in tackling remaining challenges – including in the fight against impunity, the advancement of national reconciliation and social cohesion, security sector reform and other critical areas.

It also noted that the Government had indicated that the UN would continue to be an important partner in the next phase of Côte d’Ivoire’s development, and in that regard, encouraged the international community, including bilateral and multilateral donors, to assist the activities of the UN Country Team – the group of all UN agencies working in Côte d’Ivoire – and to consider providing funding for its transition plan.

Also in the statement, the Security Council requested the Secretary-General to undertake a study on UNOCI’s role in Côte d’Ivoire, and expressed its intention to take its findings into account in ongoing efforts to enhance the overall effectiveness of UN peacekeeping efforts.

The UN mission was deployed to Côte d’Ivoire in 2004 when the country was divided in half by an armed conflict. During its time in the country, the mission helped protect civilians, enabled inclusive political dialogue and supported the Government in disarmament, demobilization and reintegration of nearly 70,000 former combatants.

It also supported social cohesion through about 1,000 quick impact projects, resulting in the decrease in inter-communal conflicts by 80 per cent.