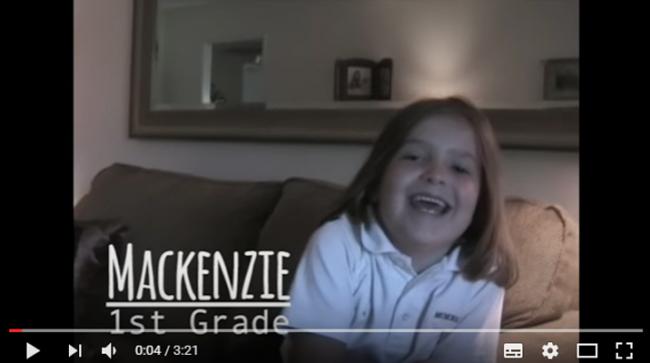 India Blooms News Service | | 18 Jun 2017, 09:29 am
#Kevin Scruggs, #FatherVideo, #DaughterGraduation, #Kevin ScruggsVideo, #Daughter12, #FathersDay, #DaughterVideo, #FatherGraduationGiftDaughter, #Youtube
Los Angeles, June 18 (IBNS): A father has probably presented one of the most precious and memorable gifts to her daughter as she graduated and entered a new phase of her life.

For 12 years, Kevin Scruggs used to film his daughter on her first day of school in every grade.

And now, he has prepared a special video, which include these clips taken over the past 12 years, and posted it on Youtube as a present to his daughter.

The little girl has now graduated from high school.

Posting the video, Kevin Scruggs has wrote the title of the video as- "Twelve Grades of "First Day" Interviews - Happy Graduation Sweetheart."

"I interviewed my daughter on her first day of school since the 1st grade. Today she graduated from high school," he described the video.

The video was posted on the popular video sharing platform on June 10.

The video a little over 3 minutes long.

The world is celebrating Father's Day on Sunday and it was a good moment for dad Kevin Scruggs to present such a beautiful video to her daughter, surely making millions of father and their children nostalgic about their childhood days.