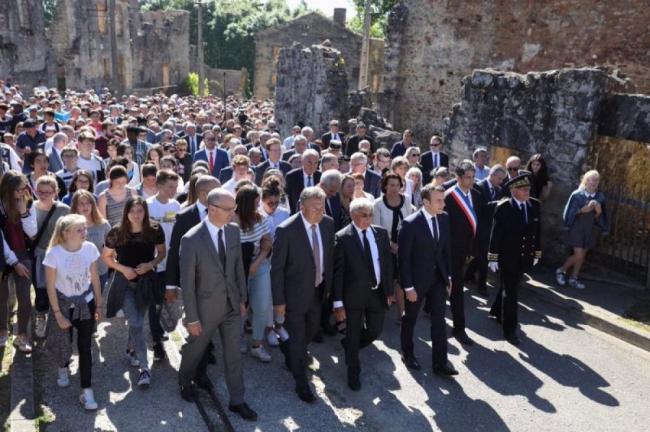 According to a survey, Macron's La Republique en Marche and its MoDem ally is set to win around 445 seats in the 577-seat National Assembly.

The final verdict will be declared at a run-off on next Sunday.

Macron's LREM party was formed just over a year ago as most of his party members have little or no political experience.

A tweet in German from Merkel's spokesperson said, "My heartfelt congratulations to @EmmanuelMacron to the great success of his party in the 1st round. Strong vote for reforms."

Earlier this year, in the month of May, Emmanuel Macron created history by becoming the youngest President of France at just 39 years of age.

A lot was also spoken about his marriage Brigitte, 25 years his senior, none of which mattered as he won the won election by a fair margin, defeating his far-right opponent Marine Le Pen by winning two-third votes.