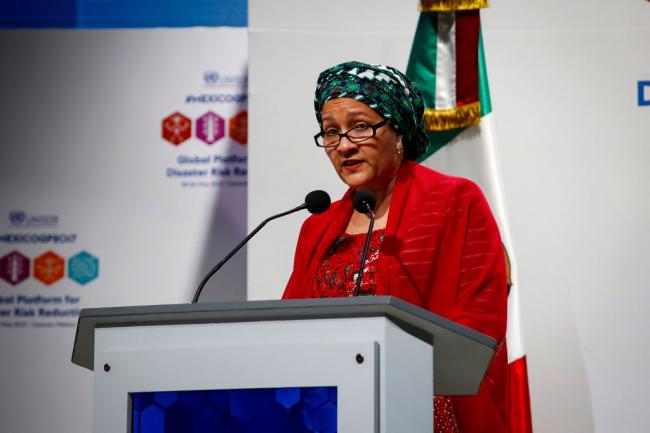 “Human and economic losses from disasters cannot continue at current levels if we are going to progress with the Sustainable Development Goals,” the Deputy Secretary-General said at the opening on Wednesday evening.

Held every two years since the 2004 Indian Ocean tsunami to discuss disaster reduction, the 2017 Global Platform – the fifth such event to date – is bringing together some 6,000 Heads of State, policy makers, disaster risk managers, civil society and other participants.

This is the first international summit on disaster since the Sendai Framework, which was adopted in 2015 in the northern Japanese city after which it was named, and consists of seven targets and four priorities for action that aim for the substantial reduction of disaster risk and losses in lives, livelihoods and health and in the economic, physical, social, cultural and environmental assets of persons, businesses, communities and countries.

The World Bank estimates that the real cost to the global economy from disasters is $520 billion per year and that they push 24 million people into poverty annually.

“The challenge is how we are going to achieve the Sustainable Development Goals (SDGs) if annual economic losses from disasters can wipe out the entire GDP of a low income country overnight and force millions from their homes,” Mohammed said.

She noted that Africa, the Americas, Asia, Europe, the Middle East and North Africa, and the Pacific, have all agreed and adopted plans to implement the Sendai Framework “with a clear focus on shifting the paradigm from managing disasters to managing disaster risk.”

She emphasized that this is vital in order to progress on key targets of the Sendai Framework including reducing mortality, reducing the numbers of people affected by disasters, reducing economic losses and reducing damage to critical infrastructure – all points that are also integral to the 2030 Agenda for Sustainable Development.

Earlier in the day, UN Secretary-General’s Special Representative for Disaster Risk Reduction, Robert Glasser, welcomed participants and said he hoped the gathering would provide “great momentum” to efforts to make this a safer and more resilient world.