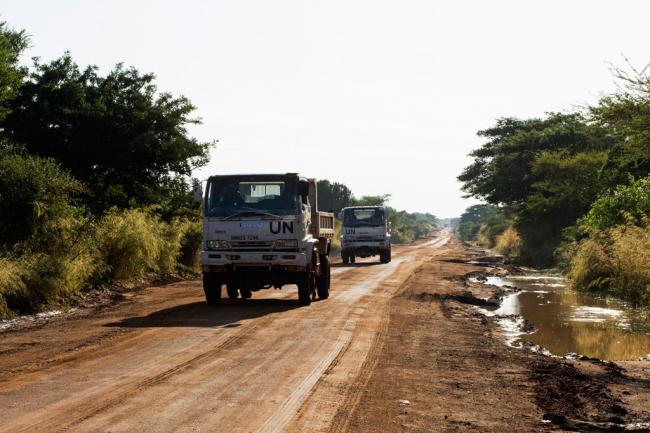 India Blooms News Service | | 12 May 2017, 08:39 am
#Deteriorating security, #South Sudan, # increased displacement, # United Nations
New York, May 12(Just Earth News): Deteriorating security in parts of South Sudan coupled with increased displacement could worsen the humanitarian suffering in the country through outbreaks of diseases such as diarrhoea and even cholera, the United Nations envoy for the country has warned.

The situation in Bor-Pibor area is particularly concerning with fears of violent clashes between youths from the Dinka Bor and Murle communities, David Shearer, the Special Representative of the UN Secretary-General for South Sudan, told journalists at a press conference on Thursday.

“We are worried that might spark more widespread fighting between those two communities [and] hence the reason we are providing support to the peace efforts on the ground,” he added, noting also the work that is being done with the Government to ease the situation.

“The important thing is that we de-escalate tensions and provide an opportunity to talk rather than to fight because fighting only will result in a greater cycle of revenge [that] will be of no benefit to [anyone].”

In his remarks, Shearer, also the head of the UN Mission in South Sudan (UNMISS), spoke of violence in various regions of the country, including attacks on peacekeepers and relief personnel, which have severely constricted the humanitarian operating space, and underscored the Mission’s resolve to do everything it can to ensure that assistance reaches those in need.

“The attacks have a direct consequence on humanitarian activities and the assistance that can be provided to people who desperately need it,” he said, terming such violence as an “extraordinarily selfish thing to do”.

The senior UN official also praised the work of journalists in the country as well as humanitarian actors on the ground who, despite considerable challenges, are reaching thousands across the country with much needed assistance.

“I think we owe them a real debt of gratitude,” he expressed.