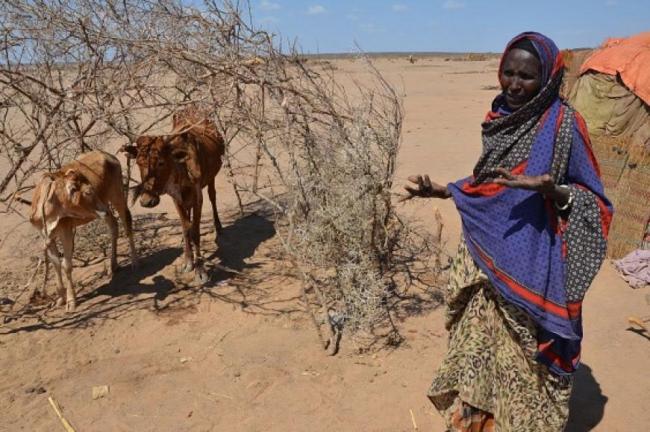 “Sharply increasing prices are severely constraining food access for large numbers of households with alarming consequences in terms of food insecurity,” said Mario Zappacosta, a senior economist for the UN Food and Agriculture Organization (FAO), in a news release.

Local prices of maize, sorghum and other cereals are near or at record levels in swathes of Ethiopia, Kenya, Somalia, South Sudan, Uganda and Tanzania, according to the latest Food Price Monitoring and Analysis Bulletin (FPMA).

Somalia’s maize and sorghum harvests are estimated to be 75 per cent down from their usual level.

In Tanzania, maize prices in Arusha, Tanzania, have almost doubled since early 2016.

In South Sudan, food prices are now two to four times above their levels of a year earlier, while in Kenya, maize prices are up by around 30 per cent.

Beans now cost 40 per cent more in Kenya than a year earlier, while in Uganda, the prices of beans and cassava flour are both about 25 per cent higher than a year ago in the capital city, Kampala.

Drought-affected pastoral areas in the region face even harsher conditions.

In Somalia, goat prices are up to 60 per cent lower than a year ago, while in pastoralist areas of Kenya the prices of goats declined by up to 30 per cent over the last 12 months.

Shortages of pasture and water caused livestock deaths and reduced body mass, prompting herders to sell animals while they can, as is also occurring in drought-wracked southern Ethiopia. This also pushes up the prices of milk, which is, for instance, up 40 per cent on the year in Somalia’s Gedo region.