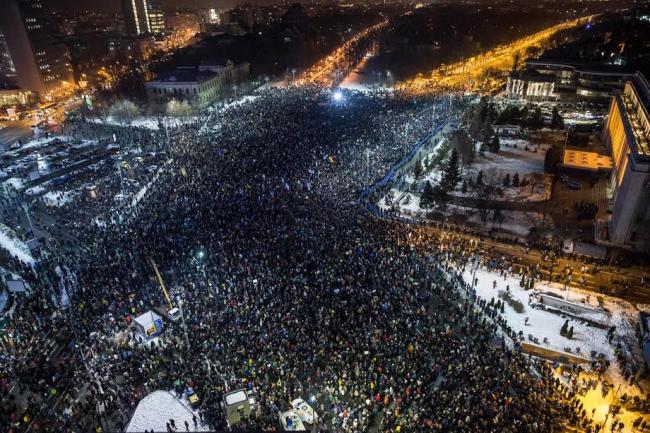 Clashes between protesters and security forces have also been reported from some places.

While large groups of protesters have been thronging the streets across the country, cracks in government unity emerged with the resignation of a cabinet minister and a call from a vice-president of the ruling party for the decree to be rescinded, reported The Guardian.

However, the Romanian government has refused to withdraw the decree.  Prime minister Sorin Grindeanu said his government will not repeal the decree, media reported.

President Klaus Iohannis said he will challenge the decree in court, reported the BBC.

The ordinance decriminalises official misconduct if the funds involved are less than 200,000 lei ($47,800). Critics say the measure helps government allies and other officials facing corruption charges get out of prison or clear their records and claim it will encourage more officials to steal on the job, reported The Guardian.