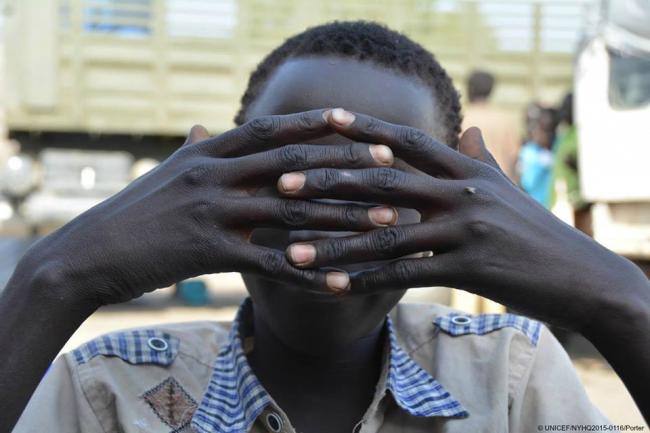 India Blooms News Service | | 16 Jan 2017, 11:15 pm
# Killings, # rapes, # South Sudan, # UN, # violence
New York, Jan 16 (Just Earth News): Hundreds of people were killed in South Sudan during an outbreak of violence last July and more than 200 people were raped, according to a United Nations report on Monday released which emphasizes the need for accountability and justice for those human rights violations.

The report by the UN Mission in South Sudan (UNMISS) and the UN human rights office (OHCHR) found that throughout the fighting that occurred between 8 and 12 July 2016 between the Sudan People's Liberation Army (SPLA) and the Sudan People's Liberation Movement/Army in Opposition (SPLM/A-IO), “the belligerents blatantly ignored international human rights law and humanitarian law.”

“The fighting that erupted in July 2016 was a serious setback for peace in South Sudan and showed just how volatile the situation in the country is, with civilians living under the risk of mass atrocities,” said the UN High Commissioner for Human Rights, Zeid Ra'ad Al Hussein.

The report his office co-authored found that SPLA and SPLM/A-IO showed “complete disregard of civilians” continuing to target women and children, and in particular, Nuers with tribal markings on their foreheads, after 12 July, and that six months later, “there remains widespread impunity, as violations continue unabated.”

“Information documented and verified by the Human Rights Division suggests that hundreds of people including civilians were killed and many more wounded during the fighting in various areas of Juba,” the report stated.

“UNMISS documented 217 victims of rape, including gang-rape committed by SPLA, SPLM/A-IO and other armed groups during and after the fighting between 8 and 25 July. According to victims' testimonies and witnesses' accounts, most cases of sexual violence were committed by SPLA soldiers, police officers and members of the National Security Services (NSS).”

UNMISS and OHCHR urge the Transitional Government of National Unity to “break the cycle of violence and impunity,” including through the establishment and operationalization of the Hybrid Court for South Sudan by the African Union.

The report also recommends that the State ensure that all victims of human rights violations and abuses, as well as violations of international humanitarian law, have access to an effective remedy, just and fair reparation, including compensation and rehabilitation.

In August of last year, Zainab Hawa Bangura, the Special Representative of the UN Secretary-General for Sexual Violence in Conflict, urged the South Sudanese Government to protect its citizens.

“The women and children of South Sudan do not deserve [to be treated like] this,” Bangura told UN Radio Miraya. “Those who think they will get off 'scot-free' must be joking because we will go after them. It doesn't matter who they are or where they are. We will go after them and hold them accountable for these crimes.”