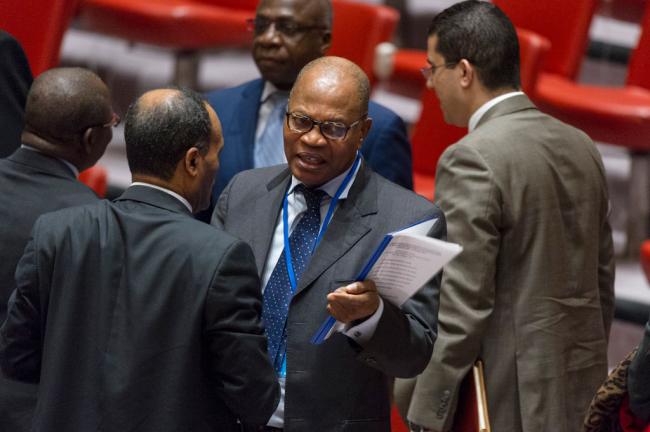 Amid progress in West Africa and the Sahel, UN envoy warns of regionâ€™s political challenges

India Blooms News Service | | 14 Jan 2017, 08:23 am
#progress, # West Africa, # Sahel, # UN, # political challenges
New York, Jan 14 (Just Earth News): Briefing the Security Council on the situation in West Africa and the Sahel region, a senior United Nations official cited a â€œrising tide of democracyâ€ throughout the continent, noting that a number of countries had recently held elections which largely complied with electoral norms and standards, upholding their status a model in the region and beyond.

However, some countries in the region had witnessed political uncertainty or significant security challenges, noted the Special Representative of the Secretary-General and the head of the UN Office for West Africa and the Sahel (UNOWAS), Mohamed Ibn Chambas.

“We were saddened by the quickly unfolding political crisis resulting from President Jammeh changing his mind and deciding to reject the results,” said Chambas, referring to the presidential elections in Gambia and the ensuing crisis.

He further updated the 15-member Council on the initiatives – to resolve the situation there – taken by the Economic Community of West African States (ECOWAS), that agreed to uphold the elections results and decided to take all necessary actions to enforce the results.

“UNOWAS is fully involved in supporting the ECOWAS-led mediation, which continues to explore all avenues towards a peaceful transfer of power,” the UN envoy added.

He also informed Council members of elections in Cabo Verde and Ghana as well as in Guinea, where polls anticipated to be held in February have been postponed.

In his briefing, Chambas also spoke of the continuing security and humanitarian challenges in Nigeria due to frequent attacks perpetrated by the Boko Haram militant group and appealed for more funding and support for relief programmes in the country.

He further updated the Council on UNOWAS’ close collaboration with other UN missions in the region and, in the context of the drawdown of the UN missions in Côte d’Ivoire (UNOCI) and Liberia (UNMIL), as well as its work on issues related to regional stabilization, technical support as well as in the implementation of its Resolution 2282 (2016) and the General Assembly Resolution on Sustaining Peace.