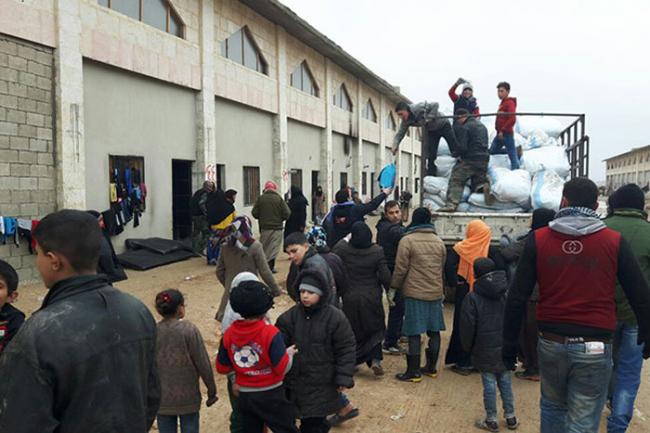 
“The destruction is beyond imagination,” described Ruba Farah, security assistant at the UN Population Fund (UNFPA), who accompanied an interagency convoy to eastern Aleppo from 1 to 12 January. “Schools, hospitals, roads and houses were destroyed.”

Farah, who grew up in Aleppo, said she could not recognize the streets or neighbourhoods “although I used to play there every day when I was a kid.”

According to findings from the UN interagency assessment mission, “many residents have long been deprived of health services” with facilities “stretched beyond limits.”

Sexual and reproductive health services have been “severely strained” as a result of too few obstetricians and gynaecologists.

Even simply supplies such as menstrual pads and soap are difficult to find.

In addition, women and girls are vulnerable to gender-based violence in “overwhelmed and under-resourced” shelters lacking electricity, streetlights, and privacy.

The UN agency and partners reached about 13,000 people in Aleppo during the latest mission, providing reproductive health care and emergency obstetric and neonatal services.

This number is part of about 400,000 people whom UN agencies have been able to assist, out of an estimated 1.5 million displaced people in need.