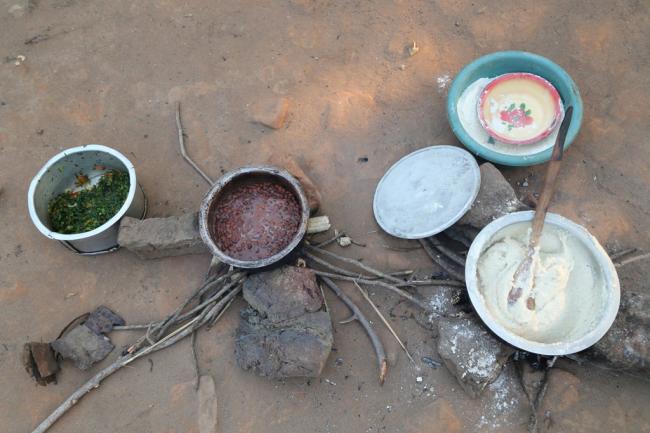 UN data reveals huge disparities in cost of a hot meal; the poor are likely to pay far more than the rich

India Blooms News Service | | 14 Jan 2017, 08:18 am
# UN, # disparities, # cost of meal, # poor pay more
New York, Jan 14 (Just Earth News): A simple bowl of food in Malawi is much more expensive than that same meal in Davos, Switzerland, once adjustments have been made to take into account oneâ€™s average daily income, research by the United Nations World Food Programme (WFP) has revealed.

New York, Jan 14 (Just Earth News): A simple bowl of food in Malawi is much more expensive than that same meal in Davos, Switzerland, once adjustments have been made to take into account one’s average daily income, research by the United Nations World Food Programme (WFP) has revealed.

The analysis is part of a new initiative by the WFP, called ‘Hot Dinner Data,’ which is being made public on Friday, just before the 17 January opening of the annual World Economic Forum, a summit of political and economic leaders that takes place in Davos.

“The Hot Dinner Data analysis aims to hold a new mirror up to the world – one which illustrates the distortions in the purchasing power of the rich and the poor as they try to meet their basic food needs,” announced Arif Husain, Chief Economist of WFP.

“It is a reminder that access to affordable, nutritious food should be a right for all,” he added.

Hot Dinner Data reveals that people in the developing world pay as much as 100 times more for a basic plate of food than those who live in wealthier nations. In the most extreme circumstances – for example, in regions under conflict – the cost can be 300 times higher.

For example, a bowl of bean stew – a standard nutritious meal throughout regions and cultures – would cost a person in Switzerland 0.88 Swiss Francs (CHF), or an average 0.41 per cent of their daily income. That cost would be 100 times more in Malawi, where a person would need to spend 41 per cent of their daily income to purchase the same meal. In India and Nicaragua, it would be roughly 10 to 15 times more expensive than in Switzerland.

A more extreme case exists in Syria, where in the besieged town of Deir ez-Zor, a bean stew costs far beyond a person’s daily income for an equivalent of CHF 271.40 – more than a 300 per cent increase.

The high cost of food in poorer nations tends to be driven by losses created by deficient storage, transportation, and distribution systems; excessive reliance on only a few staple crops; lack of market access for local farmers; a lack of preparedness to respond to changing climates; and conflicts that are frequently themselves intensified by a lack of resources.

To address these challenges, WFP advocates crop diversification, waste reduction, and more efficient supply chains, among other strategies aimed to make food affordable for everyone. WFP is working with partners from the local to global levels to achieve the Zero Hunger goal of the Sustainable Development Agenda and will continue to expand the reach of Hot Dinner Data.