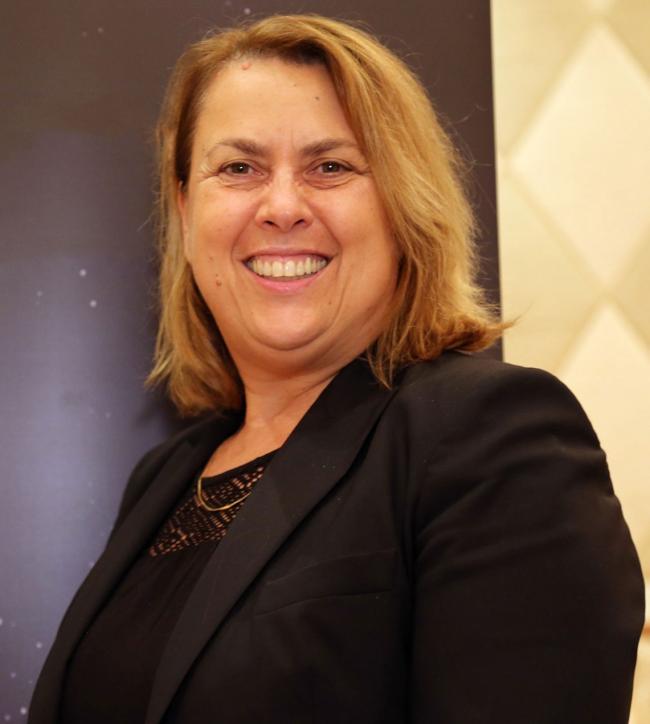 
The call has been issued by one of the few women leaders in the sector: Italian astrophysicist Simonetta Di Pippo, Director of the United Nations Office for Outer Space Affairs (UNOOSA).

Based in Vienna, UNOOSA promotes international cooperation in the peaceful use and exploration of space, and in the utilization of space science and technology for sustainable economic and social development.

Di Pippo studied Astrophysics and Space Physics at the University of Rome – she was the only woman in a graduating class of ten people. Subsequently, she held senior posts with the Italian Space Agency and the European Space Agency, in addition to co-founding an association for women in the industry, before taking up her appointment with the UN in March 2014.

UNOOSA has been busy recently with increasing awareness about the role of space technology in supporting development priorities stemming from a gathering held in Dubai late last year, where the global space community met to discuss how it can contribute to the push for sustainable development.

The High-Level Forum on Space as a Driver for Socio-Economic Sustainable Development, organized by UNOOSA and the Government of the United Arab Emirates, paves the way for the June 2018 commemoration of the 50th anniversary of the first UN Conference on the Exploration and Peaceful Uses of Outer Space (UNISPACE+50), which is expected to strengthen efforts in shaping global space governance at a time when more countries and non-governmental actors are increasingly involved in space activities.

Di Pippo spoke to UN News about UNOOSA’s plans to help developing countries to access space, and to get more women into the space sector.

UN News: The High Level Forum in Dubai centred around four aspects of space. Can you tell us about them and why they are important to sustainable development?

Simonetta Di Pippo: This High Level Forum was organized under the scheme of four pillars: space economy, space society, space accessibility and space diplomacy. We do believe that governments, the private sector, academia and civil society can better understand why we should put so much attention on space activities. So in a way, the four pillars explain why we do what we do at the United Nations, also because investing in space at times could sound inappropriate for a lot of reasons.

If we are able to demonstrate that space activities are really part of our day-to-day life, and the quality of life on Earth is improving thanks to space activities and space-based data, and what we are able to do in terms of putting a lot of different players together, this can help governments to become partners in this process and also developing countries to be able to get more advantages and more benefits from the use of space-related technologies on Earth.

UN News: UNOOSA is looking to launch the first UN mission to outer space. Tell us about that.

Simonetta Di Pippo: We have started to understand that access to space is really important for developing countries to be part of this space community and to get more and more benefits from being part of this process.

We are working with the Sierra Nevada Corporation, which has developed the Dream Chaser vehicle. This is quite an interesting spaceship because it goes up as a normal space object and comes back as a normal plane so it can land on a normal landing strip. What we are trying to do now is to put together a mission which should fly, we hope, by the end of 2021. The current baseline is for two weeks in orbit and it could bring between 25-30 experiments. So the announcement of opportunity, which I hope will be out in the second half of 2017, will be open essentially to developing countries, but also to others. The experiments will be selected with the main criteria being that they have to be in line with the Sustainable Development Goals (SDGs).

UN News: One of your goals is to advance women’s involvement and leadership in the space sector. You also want to encourage more women to study the STEM subjects (Science, Technology, Engineering and Mathematics) as the numbers are quite low. Why has it been hard to attract women to this field?

Simonetta Di Pippo: It’s not exactly clear why. There are a lot of studies going on, on a global scale. It’s true that even if you have more and more women graduating and getting their master's degrees, in the outer space field the percentage is quite low. And the more you go up, I mean, leadership positions… there is more or less no one.

Now, why? There are a lot of reasons. It is a difficult field. You need a lot of commitment and dedication – but women are very good at that. Gender balance and gender representation in the outer space field has always been one of my main priorities. Under the thematic priority of capacity building for the 21st century, which is one of the most important thematic priorities we have to deal with for UNISPACE+50, our Member States are asking us to work on STEM education but with specific attention to women, particularly women in developing countries.

So, we are putting together a project called Space for Women, and “space,” you know, has a double meaning. I would like to bring Space for Women to the attention of Member States in June 2018, UNISPACE+50, hoping they will be supportive, also in terms of the financial resources I will need to bring the project to the right level.

UN News: What else could be done to encourage women to pursue STEM, or to support women already working in the space industry?

Simonetta Di Pippo: It is complicated. I can tell you about my experience. A few years ago, I was talking to a lady who said, ‘You are really a role model for us.’ And I have to tell you: I was looking around, like, ‘Are you talking to me?’

Now, from that moment on, I started to feel more responsibility towards young women and other women because: yes, if I am seen as a role model then I have to act in a way that I can really help because if we can do something, this helps the entire society to become better. And I’m fully convinced that diversity should not be an issue; diversity is an asset. And what counts is the real merit of each of us.

If we are treated equally, if we have the same opportunities, then it is up to us to work hard, to be committed in order to get what we want. And there is no difference between men and women. In principle there should not be any difference. There are a certain number of biases in men and women, I have to say, and we have to work on that. And clearly the UN is the best environment in which to do that because it is so multicultural, so open, and it is really the right place.

UN News: Speaking about ‘Space for Women’ and women in space: What was your own path into this field?

Simonetta Di Pippo: One of the reasons why I looked at space as my field was that I was ten years old when the first man landed on the moon. I was already a science-oriented kid, and I wanted to do something that would keep my brain alive. And that is exactly what I am doing.

After 30 years of developing spacecraft and sending astronauts to the space station, collaborating on real projects, I am now looking at the other side of space – how you can use space for the benefit of humankind, how space can help improve the quality of life on Earth – so it is the right time in my career to be at the United Nations and to bring my expertise in developing huge projects for the benefit of all UN Member States. So I am very happy, by the way, to be here now!

UN News: How would you finish the following sentence: “Space is important for sustainable development because….”

Simonetta Di Pippo: Space-based data and infrastructure can really support the fulfillment of the Sustainable Development Goals in different ways. For example, through (satellite) images or information services or applications. This is the reason why we have appointed the former NASA astronaut Scott Kelly as UN Champion for Space. His role is to help us to increase awareness about the SDGs; plus, a testimonial can help in increasing awareness of the fact that every day, each of us uses between 20 and 25 satellites. And we don’t know that. Yes, we know that but the public, a little bit less. Scott has been in space, looking at the Earth from the outside, and looking at how fragile it is and the issue of climate change and space debris around the Earth, but also global health, space weather, water and food security. We have so many topics relevant to the 17 SDGs, including gender equality. Really, we can do a lot in helping the world become a better world.