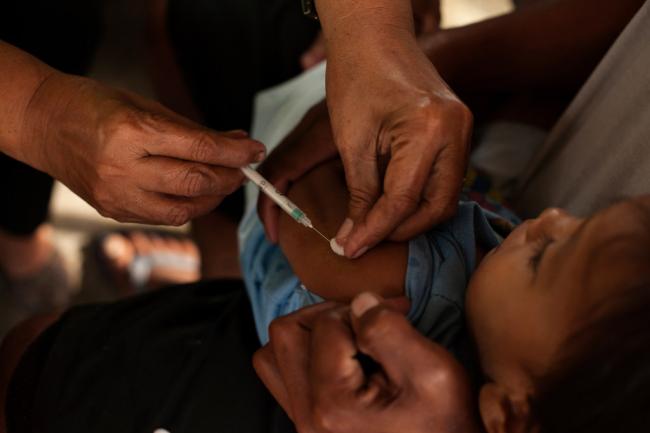 According to the World Health Organization's (WHO) Regional Office for South-East Asia, the evidence-based intervention ensures continued protection of children against the virus and also helps save vaccine.

This method was first used in India in its provincial vaccination programmes in early 2016 and is now being scaled up nationally. Sri Lanka and Bangladesh have also decided to introduce the fractional IPV doses this year, and other countries in the region are considering a shift in their immunization routines.

The first of the two fractional doses is administered to infants at the age of six weeks, followed by the second at the age of 14 weeks.

According to WHO, South-East Asia is also its first region to complete the polio vaccine switch from the traditionally used trivalent oral polio vaccine (tOPV) to the bivalent vaccine (bOPV) to prevent any paralysis caused by type 2 poliovirus strain in tOPV.

The crippling and highly infectious disease, polio (poliomyelitis), is caused by the poliovirus and the last case of wild poliovirus in the region was recorded on 13 January 2011.

All countries have been working towards the timely implementation of the global polio end game strategy to achieve a polio-free world, the UN agency noted, reminding them of the continued need “to reach every child with polio vaccines and to strengthen disease surveillance so that poliovirus does not return to cripple children.”