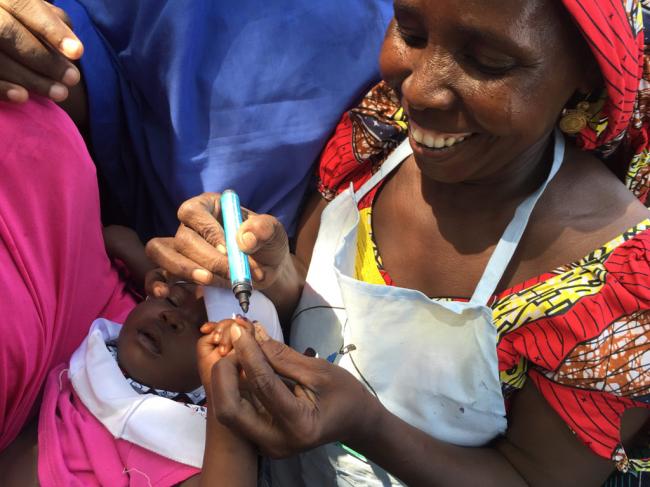 “This measles vaccination campaign is an emergency intervention to protect more than 4 million children against a highly contagious and sometimes deadly disease,” said Dr. Wondimagegnehu Alemu, Country Representative of the UN World Health Organization (WHO).

“Massive disruption to health services in conflict-affected areas for many years has deprived these children of essential childhood vaccinations. In addition, many of them have severe malnutrition, making them extremely vulnerable to serious complications and death from measles,” he added.

Measles is a highly contagious, serious disease that is one of the leading causes of death in young children. In 2015, there were more than 134,000 measles deaths globally, with most of them below the age of five.

The current two-week campaign will target all children aged from six months to 10 years old in accessible areas in Borno, Yobe and Adamawa states, where WHO is supporting the primary healthcare development agencies by providing expertise in areas including logistics, data management, training, social mobilization, monitoring and evaluation, supportive supervision and waste management.

From early September to 18 December 2016, the WHO-established Early Warning, Alert and Response System (EWARS) reported more than 1,500 suspected measles cases in Borno state. More than 77 per cent of children under the age of five in the state have never received the measles vaccine and this is the age group where most cases occurred.

The state's health authorities, with support from WHO and partners, have already vaccinated more than 83,000 children aged six months to 15 years old living in camps for internally displaced people (IDPs).

The humanitarian crisis caused by conflict in Borno state has resulted in more than 1.4 million IDPs living in more than 100 camps.