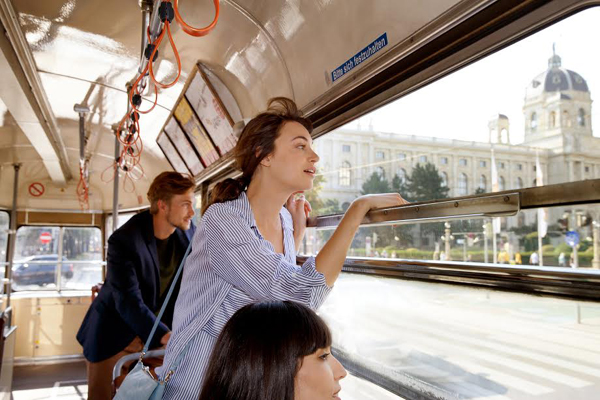 Home to legendary composers like Mozart and Beethoven, this smart metropolis with an incredible musical heritage attracted a host of music lovers, families, honeymooners and conference attendees from India during the year, according to the Vienna Tourist Board.

Only in Vienna: Few places in the world are as blessed as Vienna. Nestled between the Danube River and picturesque hills, the city reposes by woods and green vineyards, its buildings telling the story of its rich past even as its vibrant and contemporary coffeehouses buzz with activity in the present.

What makes Vienna so very unique is that it has something of everything right in one beautiful place: History, nature, music, dance, and tranquility. That's why, as a place to visit, Vienna can be many things to many people.

“A young traveller choosing to visit Vienna can lose herself in music. Should she want to step back in time to imperial history, she can. Should she want to go bungee jumping by day and dance all night, she can. All of this adds to the typically Viennese blend of tradition and innovation”, says Isabella Rauter, Public Relations Manager for Vienna Tourist Board. 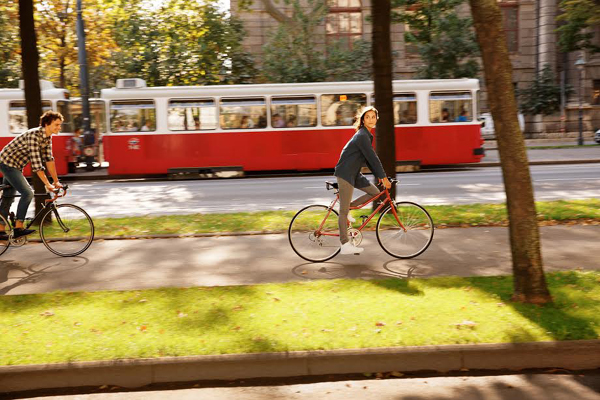 “Vienna provides the experiences of a metropolis without the stress factors of a big city. Vienna looks forward to welcoming 20 to 30 per cent more young Indian travellers, looking to experience the contemporary and vibrant facets of life, in 2017.” says Isabella Rauter.

A favourite destination for Indian honeymooners, Vienna has hosted many Indian weddings, including at the Belvedere Palace, one of the palaces of the former imperial family of Austria. The palace now serves as a museum and an event location. Vienna also attracts more than 3,500 conventions and corporate events a year, Vienna is one of the world's leading meeting destinations. 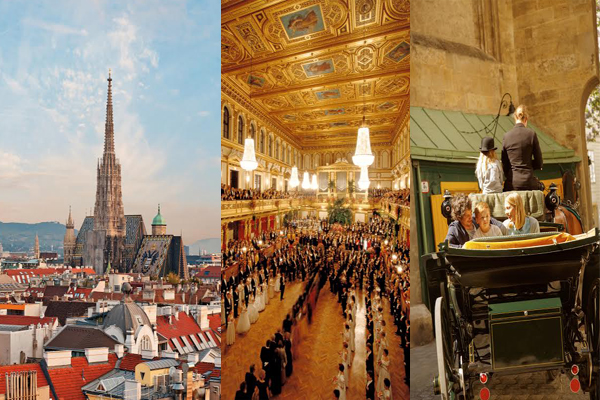 Step back in time: By blending its unique imperial architectural heritage with a distinguished legacy of great artists and musicians like Mozart and Beethoven, Vienna offers one of Europe’s most dynamic urban spaces.

The Ringstrasse, Vienna’s architectural delight--a 57-meter-wide road that circles the city’s first district--is a treasure trove of public buildings and late 19th century private mansions. The Ring’s monumental buildings are among the city’s most important sights and include the Vienna State Opera, the Burgtheater, City Hall, Parliament, the Kunsthistorisches Museum and the Natural History Museum.

A horse-drawn carriage ride: They are just as much a part of Vienna as St. Stephen’s Cathedral and the Giant Ferris Wheel: the fiakers. For many tourists, a ride with the two-horse carriage is one of the highlights. There is almost no cozier way to explore Vienna’s attractions.

Striking a chord: A rich musical heritage and a thriving contemporary music scene – music from all genres and eras has a place in the Austrian capital. 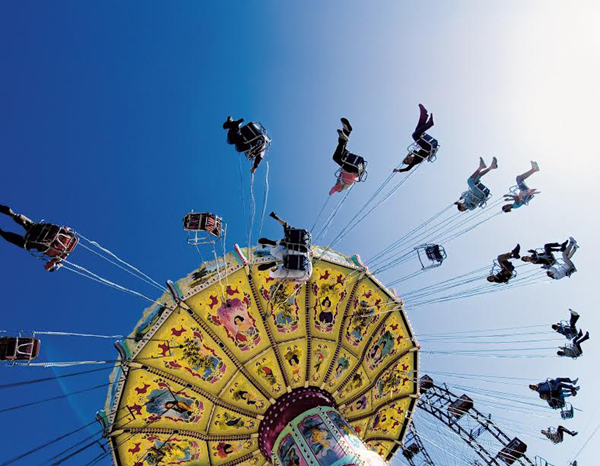 The Vienna State Opera, the Musikverein and the Konzerthaus are at the top of many tourists’ itineraries. Music fans will also find a whole host of interesting places such as the House of Music, the Mozarthaus Vienna and various historical sites where the spirit of Ludwig van Beethoven lingers on.

The beat of the waltz is always in the air in Vienna. Couples have been dancing to the sounds of Johann Strauss’s world-famous Blue Danube Waltz for 150 years now, and the golden statue of the ‘Waltz King’ in Stadtpark is one of the most photographed sights in the whole of the city.

Down the Blue Danube: Vienna can be explored in the comfort of boats that cruise down the Danube Canal and the Danube River. Aboard these boats, tourists can treat themselves to some delicacies of the world-famous Viennese cuisine.