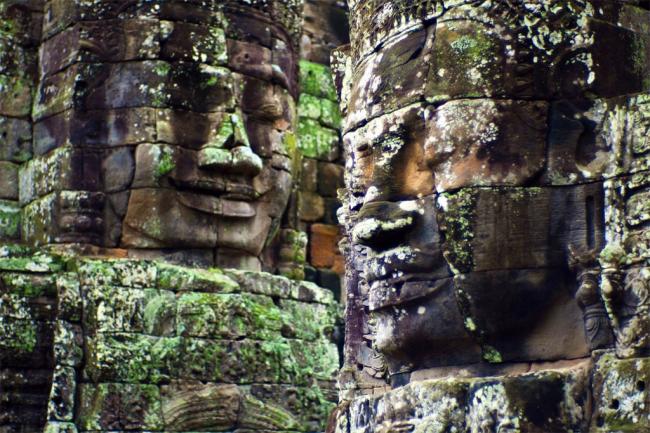 India Blooms News Service | | 05 Feb 2015, 11:22 am
#First UN conference on tourism and culture opens in Cambodia
New York, Feb 5 (IBNS) Aimed at bringing together Ministers of Tourism and Ministers of Culture to identify key opportunities and challenges for stronger cooperation between the fields, two United Nations agencies launched the First World Conference on Tourism and Culture on Wednesday in the shadow of the legendary Angkor Wat temple, in Siem Reap, Cambodia.

The Conference, run by the UN World Tourism Organisation (UNWTO) and the UN Educational, Scientific and Cultural Organization (UNESCO) aims to address the overlap between culture and tourism, tackling the question of how to harness the power of tourism and culture to alleviate poverty, create jobs, protect natural and cultural heritage and promote international understanding.

“On Wednesday , cultural tourism – the world’s mosaic of art forms, heritage sites, festivals, traditions, and pilgrimages – is growing at an unprecedented rate,” said Taleb Rifai, UNWTO Secretary-General. “Humanity’s curiosity about cultural heritage is the element that truly differentiates one destination from another.”

Rifai described the growth of international tourism since the 1950s and the socio-economic contribution made by tourism, accounting for one out of every 11 jobs worldwide, as well as contributing nine per cent to global gross domestic product (GDP) and 30 per cent contribution to total global exports.

Irina Bokova, UNESCO Director-General, joined Rifai in looking forward to building a new, sustainable partnership that unites tourism and culture and said her goal was to create a positive mutually reinforcing dynamic between the two, working to build sustainability and to benefit local communities.

“Our starting point is to safeguard culture under all its forms, from monuments to living heritage, encompassing traditions, festivals and the performing arts,” said Bokova. We do so, because culture is who we are. It shapes our identity and is a means to foster respect and tolerance among people.”

She underlined the need to safeguard cultural heritage while moving ahead with sustainable tourism and said she believed that was the Conference’s core message, citing that vision as the route to promoting culture as a driver and enabler of sustainable development.