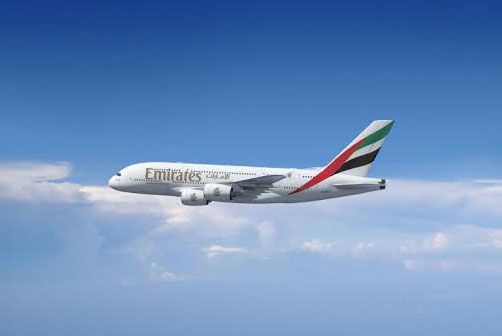 India Blooms News Service | | 26 Nov 2014, 05:41 pm
#Emirates introduces special fares from India
Kolkata, Nov 26 (IBNS): Emirates has announced a limited period sale starting from Nov 25 to Dec 4 this year. Discounts are available on all Economy Class and Business Class fares to US & Europe from any of the 10 Indian destinations Emirates flies from.

The discounted fares are valid for travel between 25thDecember, 2014 -31st March, 2015* to any of its nine US destinations such as New York, Chicago, Dallas/Fort Worth and 37 European destinations including the most recent additions of Oslo, Brussels and Budapest, amongst many others. Some examples of the fares on offer are listed below:

“A connector of people and places, Emirates connects Indian travellers to many European& US destinations. This year, we launched new routes to Budapest, Oslo and Brussels on our European network and Chicago and Dallas in the US. We also increased capacity to Dallas/Fort Worth in October via introducing the A380 to the route, and next week will do the same for our operations in San Francisco and Houston, expanding the chance for our passenger from India to fly on our flagship aircraft. These limited-time fares offer an even better reason to connect with friends, family and business partners in the 46destinations this winter, said Mr. Essa Sulaiman Ahmad, Emirates’ Vice President, India & Nepal.