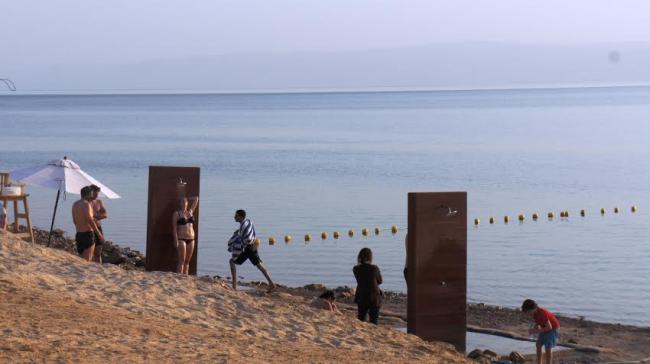 India Blooms News Service | | 04 Nov 2014, 03:12 pm
#Honeymoon, # Jordan
New Delhi, Nov 4 (Not in Town/IBNS) It is wedding time and the rich and well heeled Indians are shortlisting already for their honeymoon destinations. Begin your lifeâ€™s journey with your spouse in beautiful Jordan that offers a mix of history, culture, sightseeing, superb food and wellness.

Begin your Jordanian journey in Amman, Jordan’s capital that has been inhabited since Roman times – the centerpiece of which is the ancient Citadel, with the regal columns of a roman temple, an elegant Byzantine church, inventive carvings in the Umayyad Palace, plus digs and ruins everywhere you see. Below the Citadel, lies the stunning Roman Theatre, carved into the hill reflecting the glory of the arts and cultural heritage of Jordan.

A 40-minute drive away is Jerash, one of the best-preserved province cities of the Roman Empire with the beautiful columned courtyard, a Greek temple and an ampitheatre and many more preserved monuments that have withstood the sands of time.

Drive down the ancient Kings’ Highway, where your first stop is Mount Nebo, the mountain where Moses saw the Holy Land but didn’t enter it. When the weather is clear, you can also see Jerusalem, which is about 40 miles away. Continue to Madaba the 'City of Mosaics' that stands perched on an archaeological site with more than 4,000 years of history buried beneath it. Visit St. George's Church which houses the world famous mosaic map on the floor. Drive to Petra and explore the stunning ‘Rose-Red City’. Entrance to the city is through the Siq, a narrow gorge, over 1km in length, which is flanked on either side by soaring 80m high cliffs. The colours and formations of the rocks are dazzling. As you reach the end of the Siq you will catch your first glimpse of Al-Khazneh (the Treasury). There are hundreds of elaborate rock-cut tombs and a massive Roman-style theatre that make up this new ‘seven wonders of the world’.

Spend the morning exploring Petra before heading into the desert sands of Wadi Rum. Arrive at sunset to this vast dramatic desert wilderness. Huge mountains of sandstone and granite emerge from wide sandy valleys. Bedouin tribes still live among the mountains of Rum and their large goat-hair tents are a special feature of the landscape. Experience an exhilarating 4-wheel drive trip over the dunes, forever associated with Lawrence of Arabia. Head to Aqaba, where you can enjoy snorkeling and swimming in the beautiful Red Sea and indulge in some ‘duty free’ shopping. Drive via the Desert Highway to Bethany beyond Jordan, the place where Jesus was baptised. After the visit, drive to the lowest point on the Earth - the Dead Sea.

Due to high temperatures, low humidity and high atmospheric pressure, the air is extremely oxygenous, making breathing a lot easier. With the highest content of minerals and salts in the world, the Dead Sea water and the dark mud found on the shores have been used for over 2,000 years for therapeutic purposes. Enjoy a totally relaxing few days unwinding and 'swimming' in the Dead Sea, the lowest point on earth at over 400 metres below sea level where the buoyancy of the water will not let you drown!

So plan a visit to Jordan for a romantic honeymoon!