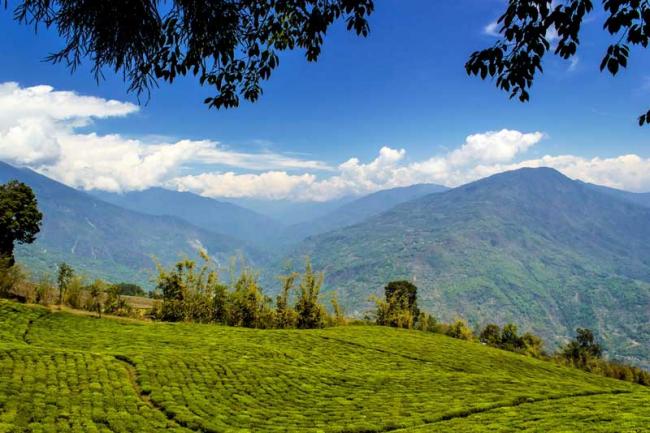 Kolkata, April 23 (IBNS): Good news for those who love a cozy holiday in the hills. Priya Entertainments Private Limited in association with Sikkim state government is developing the Temi tea garden area as a tea-tourism zone, including restoring an old-world bungalow on the estate.

Sikkim government owned Temi tea estate is nearly 20 km uphill from Namchi, located in the southern part of the state.

The announcement of this first-ever public-private partnership (PPP) model in the tourism sector in Sikkim was made recently in Kolkata.

Arijit Dutta - MD, Priya Entertainments, Mrinalini Shrivastava (IPS) - MD Temi Tea, and Rahul Banerjee - Consultant and Advisor to the project, were present at the announcement and also unveiled the logo of the project.

It was also said that as per the agreement, Priya Entertainments becomes 'the exclusive Tea Tourism player in Sikkim' for which the MoU was signed in March 2018.

Said Arijit Dutta, "We have taken the area and as per the lease agreement we  are developing it with an accommodation facility of 11-12 rooms."

The Burra Bunglow, a 150-year old building on the estate, is being restored and additional cottages are likely to be built, to accommodate guests who want to enjoy the magnificent Himalayas and the tea estate.

Speaking to IBNS, Arijit Dutta said, "We are looking to restore the bungalow in its original state and provide additional cottages and tents too.”

One of the proposed attractions include a specially designated area where visitors will be able to pluck the tea, which will then be processed and bagged, to be taken back as souvenirs marked 'Temi Tea Made by Me'.

Guests will also be able to enjoy adventure sports, such as paragliding.

Said Mrinalini Shrivastava, "Paragliding has already started and the Sikkim Government is looking forward to uphold the serenity of this place to the whole world."

Priya Entertainments has plans to build a casino here.

Their plan is to carry forward the success of their eco-tourism venture, the Khairabera Project in Purulia.

The resort is expected to welcome guests by mid-2019.