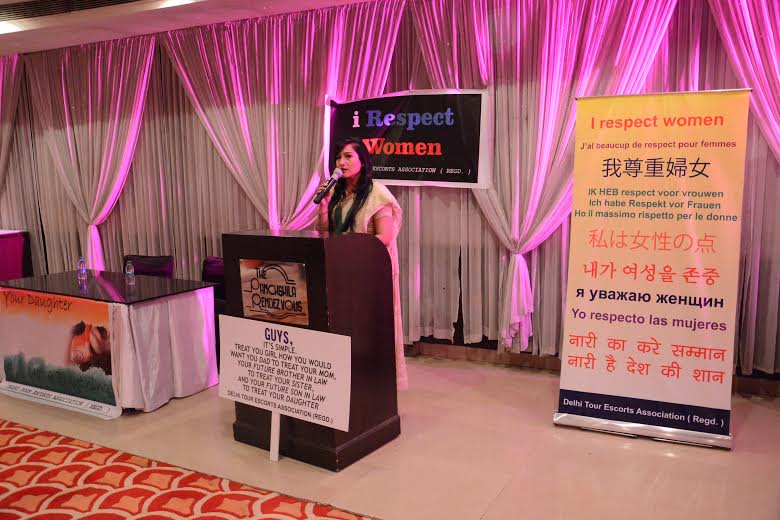 Anuja Kapur speaks to woo back foreign tourists in India

| | 06 Oct 2014, 05:01 pm
#Anuja Kapur, # foreign tourists in India
New Delhi, Oct 6 (IBNS): To promote foreign tourism in India, which has gone down by as much as 40 percent in the last two years, DTEA (Delhi Tour Escorts Association (Regd.) has started a social campaign in the heart of the country, Delhi.

Tourism has gone down in past two years as the rape cases and cases against women have alarmingly increased and this is the main reason which makes tourist away from our country.

Most of these cases include outraging the modesty of women and the alarming facts and figures that pop up while searching about India on internet lead to scare the tourists away.

Speaking on the occasion Anuja Kapur said, “Tourism of India was affected majorly due to the deterioration in safety and security of woman tourist in India and has led to the 35% of decrease in Indian tourism as a result India sees 25% decline in foreign tourist arrival in last 3 months. It is our major concern because it has affected our foreign exchange. The growth of India depends majorly on tourism. It is our moral duty to support this cause and fight back for the image for our country which has been tarnished by such hooligans”.

As per the World Economic Forum's T&T Competitiveness Report 2013, India ranks 74 amongst 140 global economies on safety and security parameters and there is a severe need of the improvement of country's ranking.

This campaign provides a huge scope for the promotion of foreign tourism in India through filtering the outlook of the country. Small efforts at a large scale can bring up great change. A campaign like this not only fortifies the image of our country, but can also help change the statistics of our economy by encouraging tourism.

Hence, the support of the government, media and local organizations becomes imperative for the success of this social campaign. Higher exposure will lead to higher benefits, for the nation and for its people.