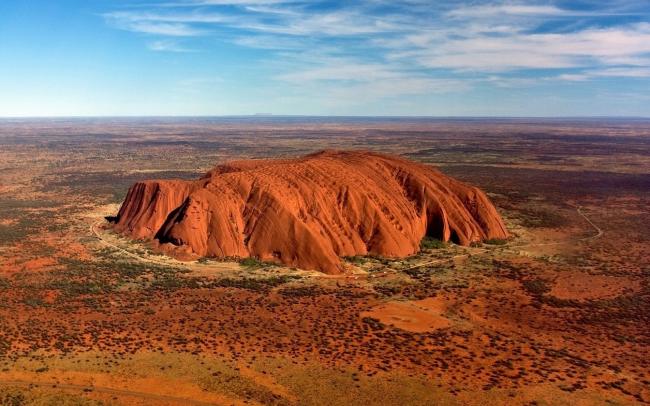 Canberra, Nov 1 (NITN): When you think of travelling to Australia, a few key spots to visit spring to mind: Bondi Beach, the Great Barrier Reef, and of course Uluru - which  commonly was known for many years as Ayers Rock.

Tourists come in droves to visit the grand scale of Uluru, the sandstone rock  which is famous for its red glow. But according to the BBC, from October 2019 nobody will be allowed to climb the 348-metre-high natural structure.

The landmark decision came after the board of the Uluru-Kata Tjuta National Park, where the rock is situated, voted unanimously against allowing tourists to scale it. The decision was made for a reason; Uluru is a sacred site for Aboriginal Australians, and to allow visitors to climb it has long been deemed disrespectful to the indigenous population.

For a long time now, locals have requested that visitors don't climb up the site formally referred to as Ayers Rock, but this has consistently been ignored. That's despite signs being placed at the beginning of the climbing path urging tourists not to proceed.

Speaking about the decision, Anangu Aboriginal man and chairman of the Uluru-Kata Tjuta National Park, Sammy Wilson said: "It is an extremely important place, not a playground or theme park like Disneyland. If I travel to another country and there is a sacred site, an area of restricted access, I don't enter or climb it, I respect it."

So while the views might be beautiful, it's something visitors should know they don't have the right to access, and this new rule will enforce that for the benefit of the local indigenous people.