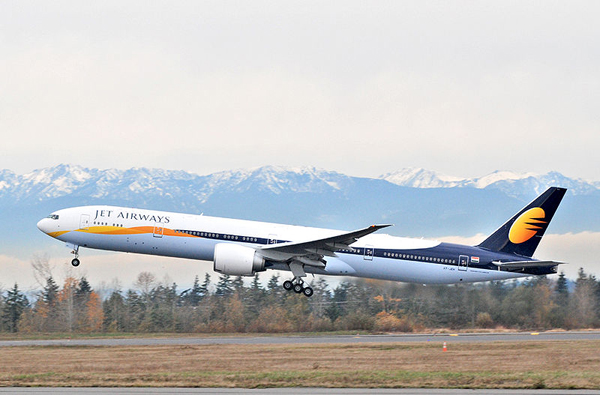 This is the fifth daily frequency being introduced between the two cities and is expected to provide guests with the convenience of an additional service.

The new service will complement the four flights already being operated by Jet Airways on the high demand Mumbai-Dubai route and the airline plans to commence operations effective Oct 14, 2014.

The introduction of this new flight between Mumbai and Dubai further strengthens the presence of Jet Airways in the Indo-Gulf sector, making it one of the region's leading carriers. The airline will deploy its next - generation Boeing 737-800 aircraft, offering twin class configuration of Premiere and Economy class.

With five flights to operate between Mumbai and Dubai, Jet Airways' business and leisure customers may avail of a wide choice of timings throughout the day. Now with the 9 flights between India and Dubai which are conveniently timed, will allow travelers to connect on to Jet Airways' domestic network and fast-growing network to SAARC/ASEAN points.

Gaurang Shetty, Senior Vice President, Commercial, Jet Airways, said, "We are happy to introduce a fifth service on the popular Mumbai-Dubai route, which has seen a steady growth in traffic be it tourists or business travellers. This flight would provide easy connectivity for guests, especially from western India, flying to and from the United Arab Emirates. This new service too is expected to be equally popular with travellers. Jet Airways has already established itself as a prestigious brand in the intensely competitive Indo-Gulf sector in a relatively short span of time, on accord of its globally acclaimed service excellence.”

The new service from Mumbai will now complement the airline's existing daily Gulf operations to Abu Dhabi, Bahrain, Dubai, Doha, Kuwait, Muscat and Sharjah, as well as to Jeddah, Riyadh and Dammam from several cities in India.