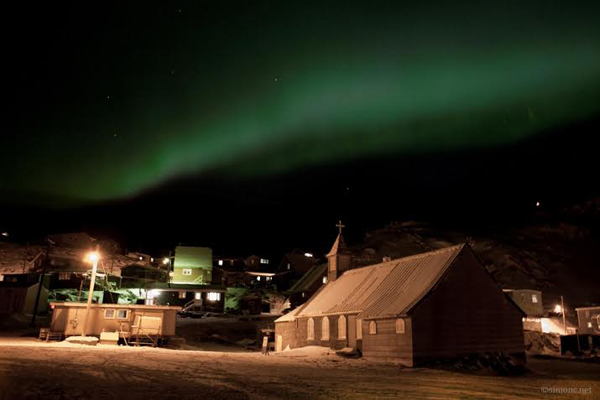 Watch in silence in Nunavut to understand how the lights become so intense that they sing or crackle. The Aurora Borealis is Mother Nature’s light show. Grab a front row seat when nights are long and dark.

Try fly-fishing for Arctic Char by the lights of the Aurora in far Northern Quebec or pair light-peeping in the Northwest Territories with a locally sourced gourmet meal of caribou. The Aurora is so bright it can light the way for snowmobilers on Labrador's epic Cain's Quest or for dog mushers and cross-country skiers in the Yukon. Enjoy the breathtaking displays from within the cosy confines of a cabin, tent or glimpse through the steam of an outdoor hot tub in the lap of luxury.

Be in command of the excitement. After check-in, gear up with goggles and a helmet, ready to ride the state-of-the-art snowmobile. After a short training session, zoom through the night, enjoy exclusive after-hours access to one of the world's most famous mountains.

Snug into thermals and feel the chill of the wind. Pull down on the throttle and go faster, following the red light of the snowmobile ahead, winding upwards through the mountain. Slow down and look back to enjoy the breathtaking view of the lights of Whistler village spread out in the velvety night.  Head into the warmth of the Crystal Hut and enjoy a delicious three-course fondue feast, family-style with fellow adventurers.

Drive on Ice Roads to the Top of the World

Launch into an extreme, once-in-a-lifetime Northern Canadian winter road-trip through the Yukon and Northwest Territories with Arctic Range Adventure’s Ice Road to Tuktoyaktuk with a professional at the wheel. It’s the ultimate winter driving adventure-across a blue ice freeway atop the frozen Arctic Ocean. Starting in Whitehorse, heading north to Dawson City to stroll the wooden boardwalks of a real Wild West Gold Rush town. Follow in the footsteps of early aboriginal dog sledders and frontier policemen on the remote, challenging Dempster Highway, bundling up in a parka en route to straddle the Arctic Circle. Cross the frozen Mackenzie River to reach the far northern community of Inuvik, on the lookout for caribou and musk ox. Marvel at ice, pyramid-shaped pingos, hills heaved out of the permafrost, and drive an ice road across the frozen Arctic Ocean to Tuktoyaktuk. Chat with local Inuit in their homes and hear stories about traditional life in the remote outpost.