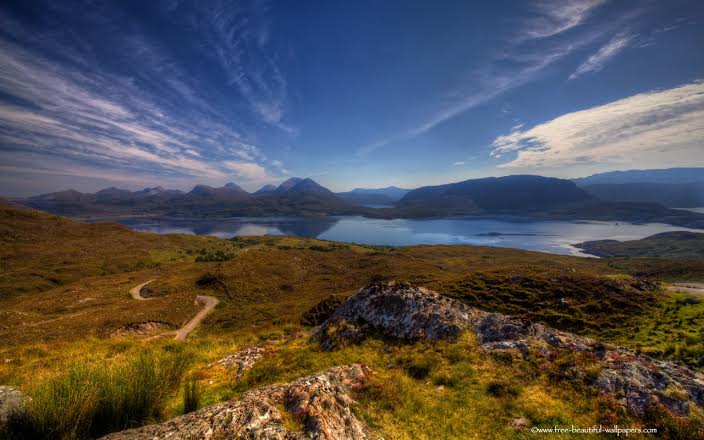 Putting the best paw forward to head to Scotland

India Blooms News Service | | 22 Aug 2014, 05:45 pm
# Homecoming Scotland 2014, # Scotland
Edinburgh, Aug 22 (IBNS) They have been in training for months to compete with the very best in their 'field'; with rigorous exercise and only the best treatsâ€¦. And plenty of scratches behind the ears. Now the world's canine elite will come together for an action-packed four days in the World Sheepdog Trials, 3-6 September 2014, as the event is held in Scotland for the first time.

Visitors to the event, which is part of the Homecoming Scotland 2014, are sure to get a glimpse of a waggy tail or two, as dog handlers from 25 countries will be competing with 240 dogs at Fearn Farm near Tain, in the Highands.  The World Sheepdog Trials is held every three years and was last held in Cumbria in 2011.  South Africa and Spain will be competing for the first time in the 2014 Trials and there will be dogs travelling from as far away as New Zealand. The event is being organised by the International Sheep Dog Society and its Scottish members.

The Opening Parade and Civic Reception will kick off the event on the evening of Tuesday, 2 September as the Tain Pipe band lead a spectacular parade of all the competing teams and their dogs through Scotland's oldest Royal Burgh of Tain.  The final stage of the trials taking place on Saturday, 6 September.  Complementing the action on the fields will be evenings packed with traditional music and locally sourced food, including Cockburn’s haggis and a Portmahomack hog roast. There will be trade and craft stalls and events such as Evolution and Revolution 1850 to 1950: a working vintage display with commentary charting the evolution of farming methods amidst the turmoil in the Highland community way of life over the century; and Mark Wylie and his Drakes of Hazard, a fantastic fun display showing man and dog working fearless Indian Runner ducks round an obstacle course and getting up to all sorts of tricks in the process.  There will also be Art of Sheepdog Training – a demonstration of how our intelligent Border collie sheep dogs are trained.

Those heading to the Highlands in September can extend their trip with visits to other places in the area, including the surrounding area of Easter Ross whose ruined churches, castles, forests, beautiful beaches, spectacular cliffs, peaceful lochs and wonderful viewpoints make for rewarding days out. There is also a wonderful links golf course designed by Tom Morris and the many other courses within easy reach.  At the 19th hole players can enjoy a dram from one of the many whisky distilleries in the area.

Anyone heading to Scotland in search of Brilliant Moments with their four-legged friend should check out the variety of dog-friendly hotels in Scotland.  These include:

The Roxburghe Golf Course is set in 200 acres of parkland, in the heart of the Scottish Borders and is the region's first Championship Golf Course.  A haven for golfers and dogs alike, rooms in the courtyard are more modern in their styling and feature state of the art bathrooms and the privacy of being a short walk from the hotel.  Dog lovers can house their pets in these rooms and they retain a comfortable and relaxed feel.

Dog-friendly Kildonan Hotel is a country hotel situated directly on the beach at the southern tip of the island and looking over panoramic views of Pladda Island, Ailsa Craig and beyond. The beautiful grounds of the hotel have outdoor seating, and stone circle and the beach which is only a few steps away where you can spot otters & seals basking on the rocks.

With over four acres of woodland and garden, a relaxed style and fabulous food, the Trigony House Hotel is a wonderful base to explore this corner of south Scotland.  The hotel has a policy of not just allowing dogs, but welcoming them.  Every visiting dog receives a welcome pack, and the hotel can provide drying towels, a dog bed and food on request.

If your best friend wants a splash around in surf, or a run around on the sand dunes, check out these options for an afternoon walk:
Bellochantuy Beach, Kintyre Peninsula

Bellochantuy beach stretches for six miles – long enough to tire out even the most active of pups - and has views across the sea to the islands of Jura, Gigha and Islay. It is the perfect place to while away a few hours with nothing to hear but the birds in the sky and the crashing of the waves.   If you and your dog do fancy some company, the Argyll Hotel, sitting on the beach, is a friendly spot.

Your favourite pooch is bound to have hours of fun running along this beach in beautiful Fife.  The beach is connected to the Fife Coastal Path which runs from the Forth Bridge to the Tay Bridge. Several species of birds use the beach as a feeding ground, and seals, whales and dolphins are also regularly sighted off the coast.

Spend the day exploring five miles of stunning sand dunes with your canine companion at the beautiful Balmedie beach off the coast of Aberdeen. Take in the sweeping views and sounds of the birds over-head, or for some summer action, you can hire a beach barbecue from April to September.