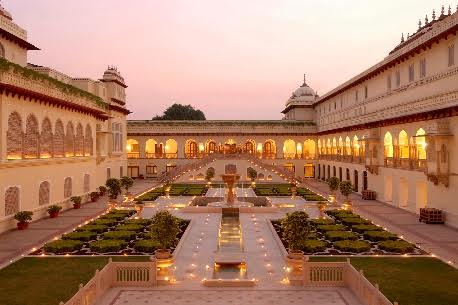 It took sixth place, and is the only Indian hotel featured on the list.


Rambagh Palace was built in 1835, and has transformed from its original roots as the home of the queen’s favourite handmaiden.

It later became a royal guesthouse and a hunting lodge, before being expended and upgraded to serve as the residence of the Maharaja Sawai Man Singh II and his renowned queen, Maharani Gayatri Devi.

Today this ‘jewel of Jaipur’ is no longer a royal residence, but its 78 stunningly-restored rooms and suites—some of which were the former chambers of the Maharaja and Maharani, and still bear their names—have hosted their fair share of royalty from Lord Louis Mountbatten to Prince Charles and Jacqueline Kennedy.

The extensive restorations that were undertaken before its opening as a Taj hotel made sure to retain its elaborate splendour; its hand-carved marble jalis (latticework), sandstone balustrades, cupolas and chattris (cenotaphs), and elaborate Mughal Gardens all evoke an age of regal Rajput elegance. 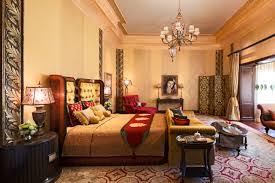 Manish Gupta, General Manager, Rambagh Palace, Jaipur, said that the award is testament to the sincere care it offers guests: “True Indian hospitality, inspired by age-old traditions and rituals honoured by royalty and citizens alike, is a singular experience. We are proud of our associates who deliver this to our valued guests every day, in the spectacular setting of this heritage palace.”