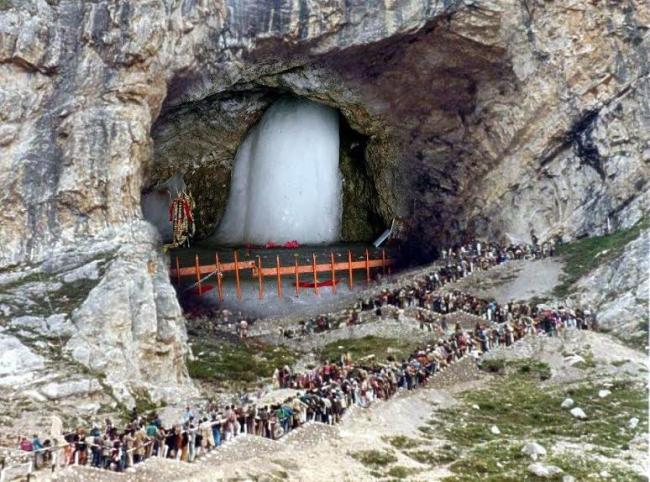 Amarnath Yatra 2017 to begin on June 29, registrations open from Wednesday

Registration for the Yatra for 2017 has started from Wednesday.

However,  children below 13 years of age and elderly persons above the age of 75 years shall not be permitted to undertake the pilgrimage, the Ministry said in its notification.

This year, the Yatra is scheduled to start simultaneously on both the routes, via Baltal and Chandanwari, from June 29 and culminate on August 7.

The Ministry has advised pilgrims and travellers to carry sufficient woolen clothing as the temperature may sometimes abruptly fall to below 5 degree Celsius.

Pre-paid SIM Cards from other states shall not work in J&K and Yatra area.  Therefore, Yatris have to purchase pre-activated SIM Cards at the Base Camps of Baltal and Nunwan.

The gates of Access Control at Domel and Chandanwari will open at 5 am and close at 11 am. Travellers and pilgrims have to reach the gates on time as no Yatri shall be allowed to undertake pilgrimage after the closure of the Gate.

Groups of five people or more can apply under special group registration, which will remain open from Mar 1 to May 31.

Visitors have also been advised not to carry any polythene material as its use is banned in J&K and is punishable  under law.