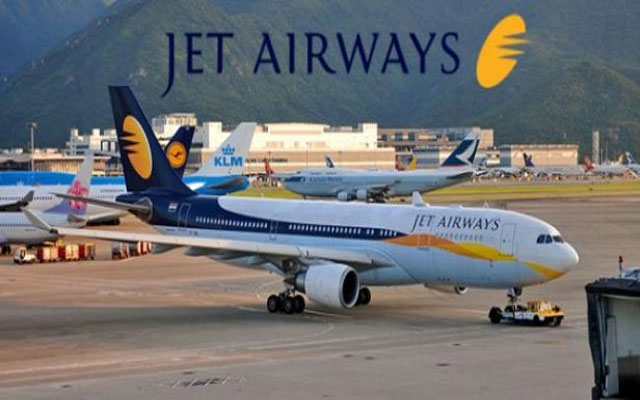 An official release claimed that this is  first-of-its-kind initiative in the Indian aviation space,

The pre-paid Jet Global Pass - available as booklets with sets of four pre-paid coupons each, has been designed and made available for both Economy and Premiere travel at price points of INR 52,673 and INR 119,312 (excluding taxes) respectively.

The one-fare Global Pass will be specially advantageous for travellers who maintain flexible travel itineraries and for those whose itineraries are firmed up at the last minute, as it will insulate them against higher available bucket fares or peak fares which generally prevail closer to the date of travel.

The Jet Global Pass will even aid frequent travellers beat seasonality since the Pass offers tickets in fare classes that hold significant inventory and are therefore mostly available.

Travellers holding the pass also get to make substantial savings via incremental advantages in terms of a higher baggage limit of 20 Kg. on domestic sectors as well as a zero cancellation (cancellation without charge is allowed up to three hours prior to departure) charge and a zero date change penalty.

Flyers using the Global Pass need only pay the fares printed on the coupon, independent of any price fluctuations or seasonality.

The Pass will offer guests immense flexibility in planning their travel, allowing them to fly any time to any of the airline’s direct destinations with valid coupons.

Being pre-paid, the coupons in the Pass can also be gifted or transferred to family and friends, further aiding flexibility of travel.

Jayaraj Shanmugam, Chief Commercial Officer, Jet Airways, said, “The Jet Global Pass is another industry-first for Jet Airways in India and part of our focus to enhance convenience and choice for our guests. The Pass has great benefits for both corporate and leisure guests, allowing them to travel seamlessly throughout our network."

"The Global Passes are also transferable to friends and family, which gives them the freedom and flexibility to manage their individual travel needs. The Jet Global Pass together with our world-class traditional Indian hospitality and global network, give our guests more value and personalization of their Jet Airways experience,” he added.

To book their tickets, travellers can either redeem individual coupons or combinations, thereof while travelling to any destinations across the airline’s network.

Jet Airways has divided its entire network into four distinct zones depending on the distance being travelled.

For example, most domestic destinations can be easily accessed via a single coupon, while tickets for short haul destinations such as Bangkok, Dubai and others will require two coupons to be redeemed.

Similarly, a one-way tickets to London and Amsterdam will use three coupons, while a trip to Toronto in Canada, will require all four coupons to be redeemed for a one-way ticket.

The Jet Global Pass is valid for a period of six months from the date of issue and can be currently be bought directly from the airline’s offices, airport reservation counters, Contact Centre via IVR or through travel agents.

As a special inaugural offer, the airline is offering validity extension for an additional three months at an small, additional charge.