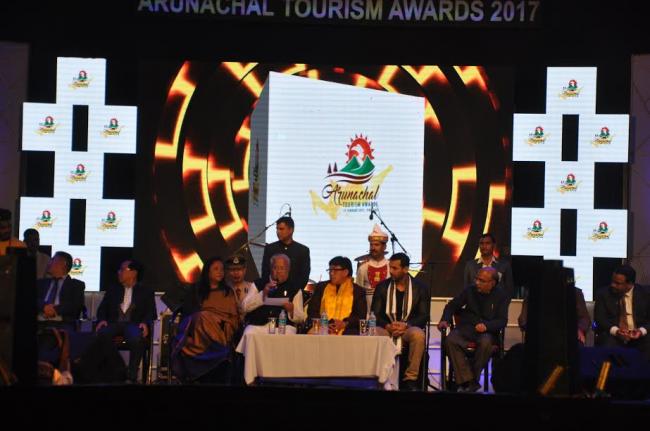 Speaking on the occasion, the Governor said that Arunachal Pradesh is one of the most beautiful regions in the country.

"The people of India know more about America than northeast. Therefore, tourism events like these will promote the cultural richness of the state and the region. Presence of John Abraham, who is a popular actor and a great human being, will definitely bring more tourists to the state. Tourism not only increases the inflow of the visitors, both foreign and domestic, but also has a trickle down effect on the socio-economic development of the state," the Governor said.

The Governor appealed to the people not to be confined to their own cultural heritage but also explore other avenues and facilitate in progress of the state and the region, with the spirit of NAMASTE, which he coined and which stands for Nagaland, Arunachal, Manipur, Mizoram, Assam, Sikkim, Tripura and East.

He said that the entire north-east is a beautiful region wherein ‘unity in diversity’ is more pronounced with many ethnic entities living in perfect harmony.

John Abraham said that he is proud to be brand ambassador of the most beautiful state in the country.

In his welcome address, Secretary Tourism Dr. Joram Beda said that tourism could fuel a huge development in the state.

The Governor released the TV Commercial of Arunachal Tourism.

They discussed on steps to popularise tourism of Arunachal Pradesh in the national and international circuits.

Sharing his vast experiences in Arunachal Pradesh since 1965, the Governor advised the Brand Ambassador to take Arunachal Tourism to our countrymen and the world at large. It is one of the most beautiful regions with pristine environment and wonderful people, he emphasised.

Taking an example, the Governor suggested that while respecting the tribal sentiments and traditions, the homestays must be promoted with the right approach and at reasonable cost.

The Governor said that the Saudi Arabia is rich because of petroleum and Arunachal Pradesh can be richest state of the country due to hydropower.

The Governor said that learning even a few working knowledge of local dialects will bring the hearts together as equal. Our universities should open a department or a chair for the ‘NAMASTE’ (Nagaland –Arunachal Pradesh-Manipur-Meghalaya-Mizoram-Assam-Sikkim-Tripura-East) NE region dialects for emotional integration, he underscored.

Jayabalan, Abraham’s partner in Northeast United Football Club and Meenakshi, his manager were also present on the occasion.