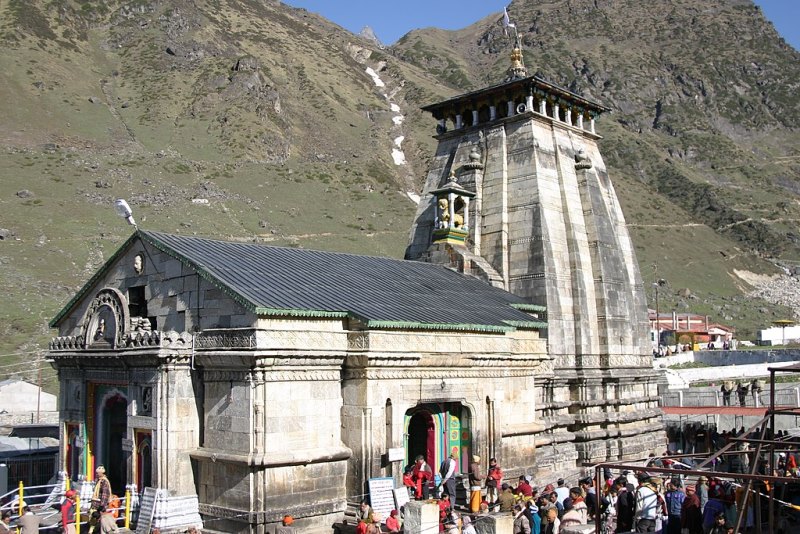 Kolkata: Chardham Yatra, the world-renowned pilgrimage of Uttarakhand, has set a record this year.  Over 46 lakh pilgrims visited the Char Dhams this year.

Upon the closure of the Shri Badrinath Dham on Saturday, November 19, the pilgrimage will take place at the winter seats of Char Dham's presiding deities, where the Government of Uttarakhand has made all necessary arrangements for devotees.

Three dhams, Gangotri, Kedarnath, and Yamunotri, closed their doors on October 26th  and 27th October respectively, while the doors of Shri Badrinath Dham have closed today for the next six months.

Now, their presiding deities will migrate to their winter abodes which are located at the lower altitude.  Among these winter abodes are Mukhwa of Gangotri Dham, Kharsali of Yamunotri, Ukhimath of Kedarnath, and Joshimath and Pandukeshwar of Badrinath Dham.

The Government authorities and local officials have all taken steps to ensure that Chardham devotees face no difficulty during their winter pilgrimage.

Registration of pilgrims was made mandatory for the Char Dham Yatra which was conducted without restrictions this time after two difficult years of the Covid 19 pandemic.

For this, a mobile app was created by the tourism department for online registrations.  Staffs were deployed at Chardhams including Hemkund Sahib for verification of registrations.

Apart from this, cameras were also installed at more than 30 places along the yatra routes, which helped in tracking the pilgrims easily.

A toll-free number 1364 was also issued by the Department of Tourism, through which the devotees could easily resolve their complaints ranging from booking status in Dhams to other matters by calling on this number.

To ensure better health facilities for the devotees in Chardhams, for the first time the Health Department started health screening at nine places along the Yatra routes.

30 doctors were trained to deal with the adverse health effects of cold and lack of oxygen in high-altitude areas.  Apart from this, cardiologists were also deputed.

State Tourism Minister Satpal Maharaj said, "The Chardham Yatra this year has set a new milestone.  The record footfall has prompted us to apply in the Limca Book of Records.  Government attention is now focused on the seamless conduct of the Winter Chardham Yatra. The devotees will be safeguarded and provided with adequate facilities as part of this Yatra.  The popularity of adventure tourism in Uttarakhand is also rising alongside religious tourism in Uttarakhand.  For these reasons, we have developed and designated a number of locations for tourists interested in adventure activities. Youth in the state have also been offered employment and self-employment opportunities through our various schemes."

He said, “The winter Chardham Yatra will promote winter tourism in Uttarakhand and help make it the most desirable destination for winter visitors.  Besides promoting winter Chardham, we make sure devotees are safe and convenient during the pilgrimage.  The record-breaking number of pilgrims visiting the Char Dham Yatra this year has more than compensated for the damage caused due to the pandemic that had been going on for the past two years.  The state government is committed to providing every facility and service to the tourists and pilgrims coming to Uttarakhand."