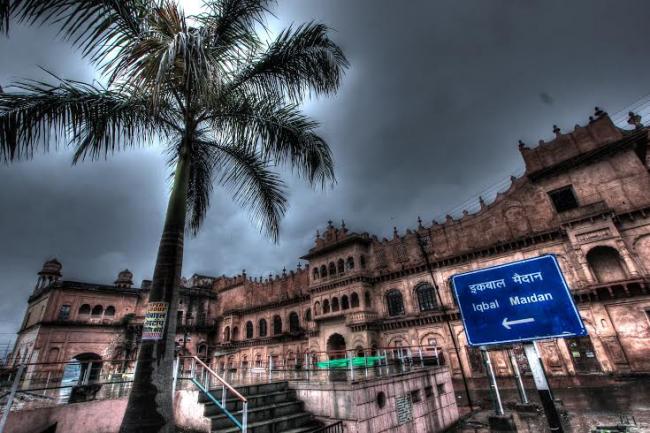 India Blooms News Service | | 22 Jul 2015, 01:43 pm
##BhopalWalk, # Bhopal heritage, # Twitter handle, # Bhopal uniqueness, # Taj Mahal, # Bhojnagar temple
Bhopal, July 22 (IBNS): In a unique attempt to promote the heritages of the capital city of Madhya Pradesh-Bhopal-netizens on Twitter have started sharing images and information about the place using hashtag #BhopalWalk.
The initiative commenced 25 weeks back by Anil Gulati, who started sharing images and information about heritage and uniqueness of Bhopal from his Twitter handle @Anil5 using hashtag #BhopalWalk.
This started Sunday’s Bhopal Walk on Twitter, which is normally done from 11 - 1 pm.
The aim is to talk positively about city’s heritage, different things which it offers but often get missed even in media or tourism sites.
Bhopal, normally known as city of lakes, has lot to offer.
It could also be called city of gates, or city with rock arts, or its flora and fauna can also be of large attraction.
However, these get missed when we speak about Bhopal, so this #BhopalWalk on social media aims to talk about them, shares Anil Gulati.
"This is ‘different’ than ‘heritage walk’ in a way that even if you cannot be part of the actual walk, which is on every Sunday, and if you are not in the city, you can add your bit by adding information, your thinking on it or retweet it and contribute your bit to talk about Bhopal city. Initially it was difficult to explain, but now people who follow this know that every Sunday I will tweet live from BhopalWalk," Anil said.
Bhopalwalk has not only explored gates of Bhopal, its heritage structures like Taj Mahal, Benazir Palace, Tajul Masajid, GolGhar, Bhopal Gate, Pari Bazaar, Baba Sikiandari, Hamid Manzil etc. but its rock arts on unprotected place like Jhiri, Hathitol in Raisen, idols of Samasgarh,  Raisen fort, Bhojpur temple, handtools and pottery work of earlier times from Gondarmau.
On World Heritage day, Bhopalwalk explored Bhojnagar, temple remains lying unprotected on outskirts of Bhopal.
Narayan Vyas senior archaeologist who is expert in rock arts has guided some of these Bhopalwalks to rock arts like Jhiri for rock arts, Bhojnagar, unprotected temple remains, Gondarmau, place where one get evidences of handtools and pottery of earlier times, Manua Bhan ki Tekri to site ‘Sankha Lipi’ or shell script.
Vyas is expert on rock arts and says that in Bhopal and around the city, one can see rock arts of many periods. Important is that we explore, share and make it popular, which is where this #BhopalWalk contributes to.
Pankaj Shukla who tweets from @pankajparimal  have been to some of these walks, add tweets and retweets #BhopalWalk and says that this is a ‘different’ initiative which is people driven, without any expectation, hence it is pride to be part of it.
The initiative is not only promoting Bhopal but also bringing in many from the city on to Twitter and raising awareness about Twitter and its use.
Shefaligemini who lives in Delhi but is from Bhopal like tweets and retweets, posts on #BhopalWalk as she can relate to it. It is not only her but many handles like @bhopalkigupshup, @Bhopale, @anilscribes, @niilesh etc.. add their bit to it.
Rajeev Chaubey, heritage enthusiast who lives in Raisen and runs a chemist shop, supported this Bhopalwalk as it explored on week 24 rock arts of Hathitol.
According to him, they are one of the finest rock arts in Madhya Pradesh.
#BhopalWalk now plans to have a website to collate all its walks and experiences.
Related Images