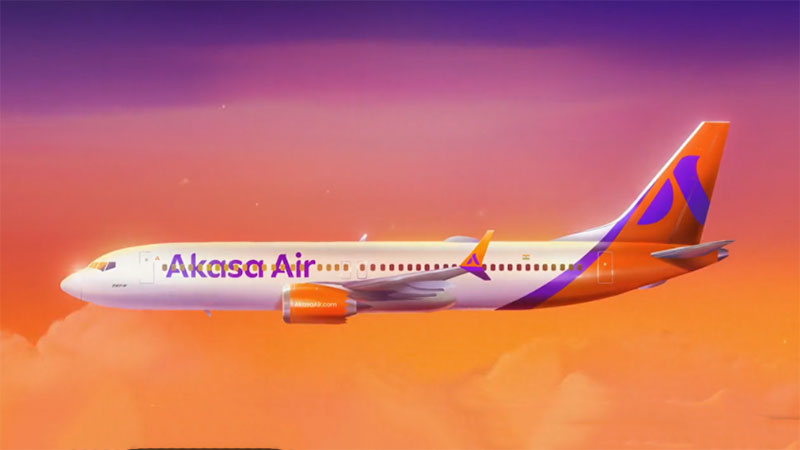 In the initial week, Akasa Air will offer 28 weekly flights between Mumbai and Ahmedabad starting August 7.

Starting August 13, the airline will start operating an additional 28 weekly flights between Bengaluru and Kochi.

All flights are open for sale with immediate effect, the company said.

Akasa Air is competing with other low-cost airlines with airfares lesser by around Rs 500 to Rs 600 on the Mumbai-Ahmedabad route compared to the lowest fares by other airlines on the same dates, media reports said.

The airline has also unveiled a menu for onboard meals and snacks available for pre-booking as well as onboard.

#ItsYourSky We are progressively expanding our network and connecting more cities. ✈️

The airline has ordered 72 Boeing 737 Max planes, and expects to induct 18 aircraft this year.

It also plans to launch its international flights in the second half of 2023.

Indian laws require an airline to have a fleet of 20 aircraft to start international flights.