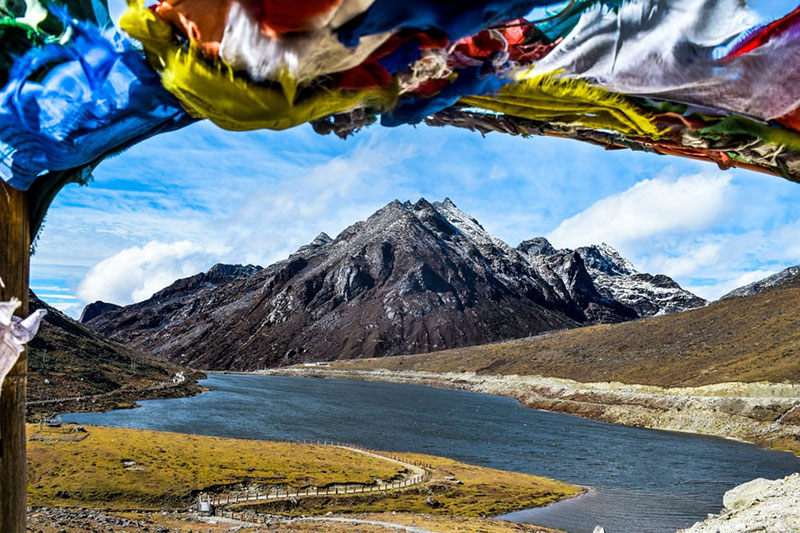 New Delhi/IBNS: The Union Budget 2022-23 announced Tuesday, presented the government’s plans to increase capital expenditure by 35 per cent and fuel growth for an economy recovering from 3 waves of the COVID-19 pandemic.

Tourism Minister Kishan G. Reddy expressed his gratitude to the Prime Minister and the Finance Minister for the continued focus placed on the development of large infrastructure, connectivity and border linkages that will play a major role in boosting tourism in India.

The PM Gati Shakti master plan for expressways will facilitate speedier implementation of development projects under the National Infrastructure Pipeline through the use of technology to facilitate faster movement of people and goods, seamless multimodal connectivity, economic transformation, and logistical synergy. In this regard, the National Highways Network will be expanded by 25,000 km in 2022-23 and INR 20,000 crore will be raised for the same through innovative funding.

The Gati Shakti master plan is driven by 7 engines: roads, railways, airports, ports, mass transport, waterways, and logistics infrastructure. All 7 engines further supported by energy transmission, IT communication, bulk water, sewerage, and social infrastructure, will pull forward not just the economy but will also play a role in boosting tourism in India.

The Union Budget has also planned for the development of 5 new river links (Daman Ganga Pinjal, Par Tapi Narmada, Godavari Krishna, Krishna Pennar, Peenar Kaveri) which will boost Cruise Tourism an area that has seen a great success in the Ganga and Brahmaputra rivers.

The Union Budget has also placed great focus on developing roads in border regions which will greatly enhance livelihood of people residing in border areas. The Ministry of Tourism has been making efforts to boost border tourism in the country.

Border villages with a sparse population, limited connectivity and infrastructure often get left out from development gains.

Such villages on the Northern Border will be covered under a new Vibrant Villages Program. Activities will include construction of village infrastructure, housing, tourist centres, road connectivity, provision of decentralized renewable energy, DTH access of DD and education channels, and also support for livelihood generation.

“I am very grateful to say that over and above this, Hon’ble Finance Minister has earmarked an additional amount of INR 2400 crores for the Ministry of Tourism. This budget is 18.42% higher than 2021-22 and will be utilized by the Ministry for developing tourism infrastructure, marketing and promotion, and capacity building,” Reddy said.

Out of the INR 2400 crores, INR 1644 crores has been earmarked for the development of tourism infrastructure, including an outlay of INR 1181.30 crore for the Swadesh Darshan Scheme. Swadesh Darshan Scheme is a flagship scheme of Ministry of Tourism under which 76 projects in 13 thematic circuits have been sanctioned by the Ministry.

The budget allocation will help the Ministry to complete ongoing projects under the Scheme and the infrastructure created will provide a better tourism experience to the tourists at smaller and lesser-known destinations. 55 new destinations are being planned to be developed under Swadesh Darshan scheme and the Ministry will continue to have its focus on Northeast, Himalayan region, Tribal region etc.

Another flagship scheme of the Ministry, the PRASHAD Scheme aims for holistic development of selected pilgrimage destinations in the country. An amount of INR 235 croreshas been allocated for the PRASHAD Scheme. Components taken up for development under the scheme include cloakroom facilities, waiting rooms, signage, passenger terminals, Illumination of monuments/ pilgrimage, Parking facilities, last-mile connectivity, garbage bins, first aid centres, construction of craft haats, etc.

A total of 37 projects have been sanctioned under PRASHAD Scheme, of which 17 projects have been completed. The remaining allocation would be used to fund other Schemes such as Capacity Building for Service Providers, Champion Service Sector Scheme, Information Technology, etc as well as to meet the establishment expenditure of the Ministry and its subordinate offices - the India Tourism Offices in the country and abroad.

“Under the various schemes run by the Ministry of Tourism, we have developed 278 parking lots, 278 toilets, 181 cafeterias, and 34 sound and light shows, amongst others. The Northeast is very important from the tourism perspective, and we are happy to see that the budget supports a major thrust for the region" said Reddy.

The Ministry of Tourism has further allocated INR 227 crore for the North-Eastern States for the year 2022-23; INR 98 crores is earmarked under the Tribal Sub Plan for creation of tourism infrastructure in the tribal areas.

India has noticed a major growth in domestic tourism and new developments in the railway sector are a major contributor. 400 new generation Vande Bharat Express trains are being developed and will be manufactured over the next 3 years and will improve efficiency and passenger experience. In order to improve connectivity in difficult terrains and promoting tourism, the national National Ropeways Development Programme will be taking up the development of ropeways under the PPP model as a sustainable alternative to roadways.

“The ministry will continue to place focus on marketing and promoting both domestic as well as inbound tourism, by leveraging the success of India’s robust COVID-19 vaccination drive.”