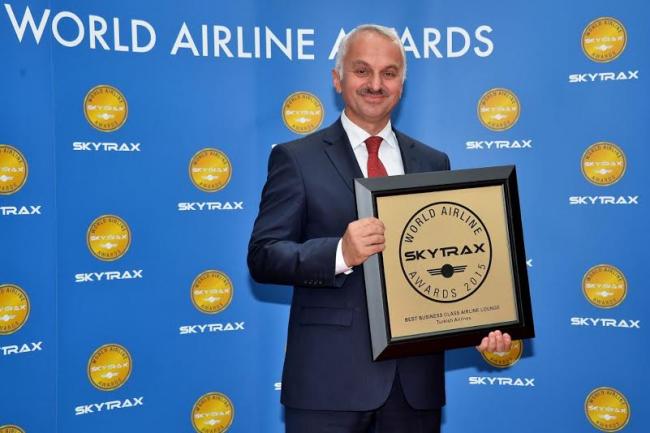 This year’s awards were based on 13.02 million survey questionnaires completed by 112 different nationalities of airline customers during the survey period from May 2014 to January 2015.

The survey covered 550 airports worldwide. This established, industry survey is Independent and evaluates traveller experiences across different airport service and product key performance indicators - from check-in, arrivals, transfers, shopping, security and immigration through to departure at the gate.

Turkish Airlines was also awarded in the category, “Best Business Class Lounge Dining” for the second consecutive time, for its "excellent" catering service that has been a hallmark of guest comfort in its world-renowned lounge at Ataturk Airport,“Turkish Airlines Lounge Istanbul”.  Turkish DO&CO; its successful partner in catering, has repeatedly won awards for providing Turkish Airlines’ passengers with the best meals in the sky and also in its lounges.

Skytrax, the acknowledged name associated with air travel excellence in 21st century by providing unique products to the global aviation industry through professional Audit and Service Benchmarking programs for airlines, airline alliances, airports and related air transport product and service suppliers across the globe, has released its latest ratings. With no outside sponsorship, advertising or influence, it is the most respected global airline passenger survey firm in the industry.